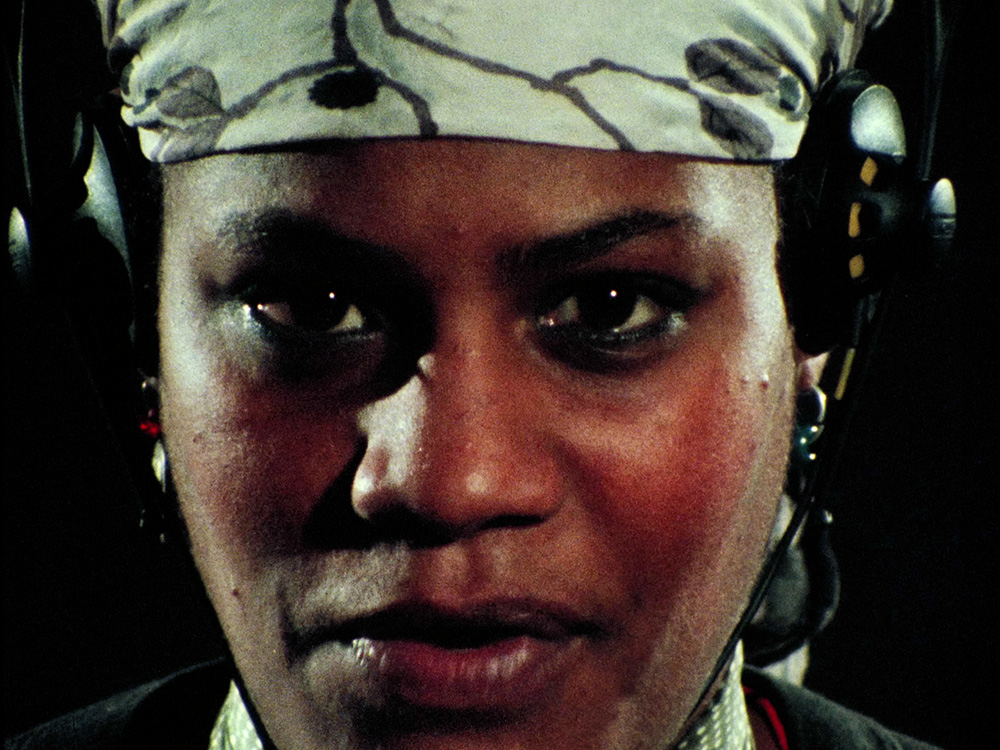 Screening and Q&A at Showroom Cinema as part of the Rewriting The Future exhibition.

Followed by a Q&A with Anna Kime and So Mayer.

Set in New York, ten years after the peaceful ‘Social Democratic War of Liberation’, the film follows two groups of women as they respond to the death in police custody of political activist Adelaide; her death is officially labelled a suicide, but others in the movement believe there has been a cover-up.

Constructed using faux talk shows, news reports, documentary footage and surveillance tapes – and directed, produced and edited by Borden herself – Born in Flames is an urgent, futuristic vision of a post-revolutionary United States.

Screened as part of Rewriting The Future.

So Mayer is the author of Political Animals: The New Feminist Cinema and The Cinema of Sally Potter: A Politics of Love, along with several collections of poetry, most recently jacked a kaddish. They are a part of queer feminist film collective Club des Femmes, and a co-founder of Raising Films, a campaign and community for parents and carers in film.

Anna Kime is an artist and freelancer based in Sheffield where she works on a number of film, art and community projects. Her sculptural practice is routed in ceramic traditions and explores a narrative of form and language around apparent common objects often worn in some way.

She is currently developing a project called The Daily Journeys We Wear working with women in Sheffield on a series of wearable sculptures visualising their identities.

Before freelancing Anna managed Lottery funding for the film exhibition sector. She set up Film Hub North, devising audience development strategies for film exhibitors across the North of England and founded This Way Up, the UK’s only cultural cinema exhibition conference.

Anna currently represents Birds’ Eye View’s Reclaim the Frame for Sheffield and recently produced Sea Change, a development lab for women in the film industry on the Isle of Tiree.