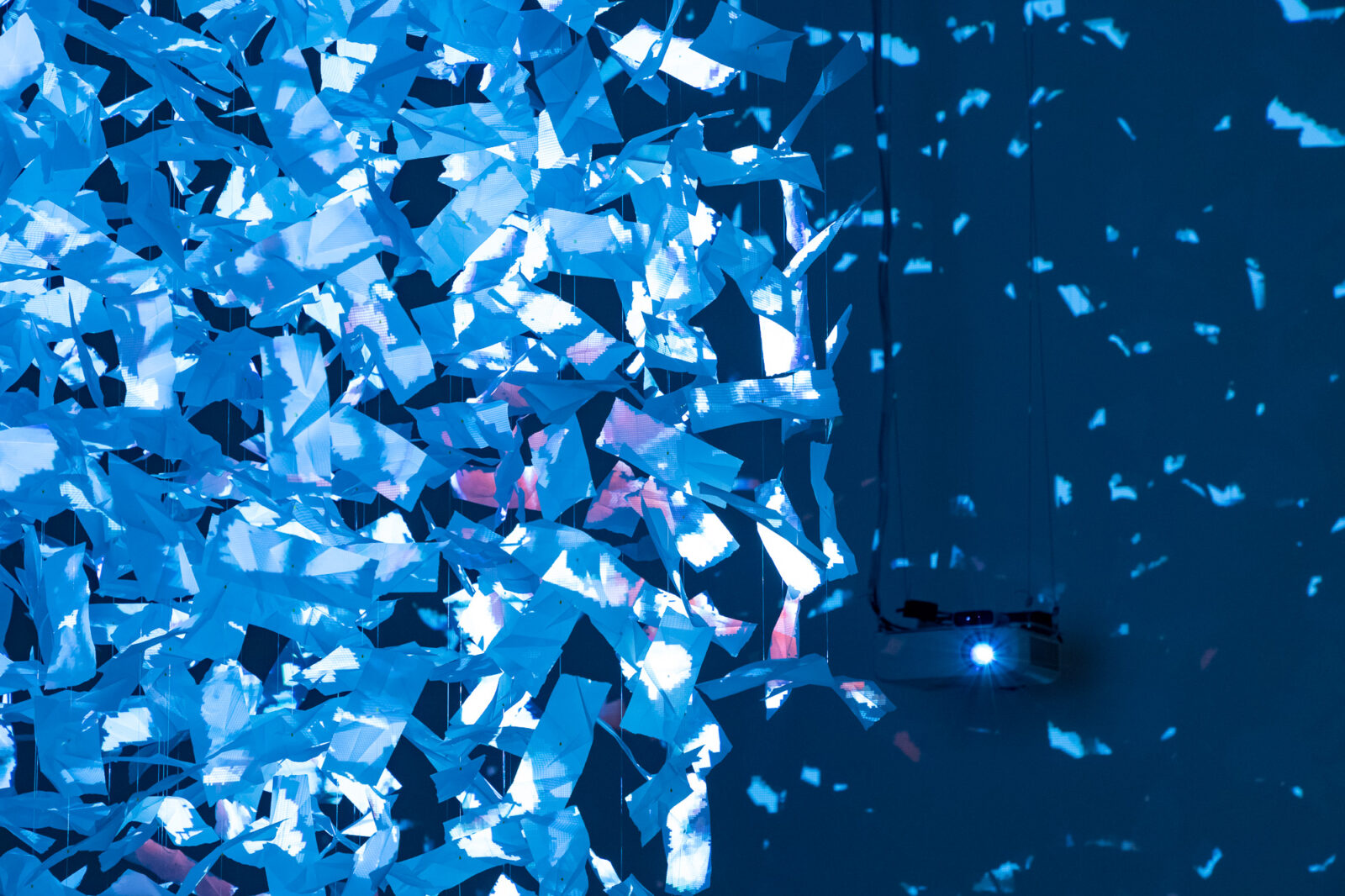 Seiko Kinoshita presented work as part of Soft Loop at Site Gallery, a group exhibition with artists Jan Hopkins and Rachael Colley that traced a meandering journey through memory, connection and absence.

Dreams, time, and fragility: the suspended temporality in the work of Seiko Kinoshita.

Japanese-born Seiko Kinoshita is an artist who creates ephemeral and intuitive installations and sculptures. In her recent commission as part of Platform 21 at Site Gallery, she interweaves heritage, memory, time, fragility, and materiality through the installation Distant and video and sound piece Shuttle, both of which permit a reckoning with the last two years under covid. Yet they also transgress the boundaries of constraint, individuality, and memory by intricately uncovering the hidden semantics and feelings of the everyday. To encounter her work is to be transported to an embodied space, where sight and sound take precedent over thought and criticality.

For instance, in Distant, fragments of thought hang like passing memories in the air, bound by a mutual sense of suspended time. Dreamlike tracing paper enchants the viewer to the fragility of hope and mourning, where the subtle movement of the work dances in a subtle composition, as a poetic encapsulation of the last two years.

Or does it transgress time? There is a complex structure in Kinoshita’s work, many threads in which the viewer can untangle and pull out of it: the myriad of progress and process; always in motion, always transforming and contouring. The installation initially appears to be a virus like formation, yet on closer inspection is composed of individual hand-cut paper, identical but non-threatening. From afar each cut piece appears to be identical in shape and size, yet on closer inspection, each has its own individual form, which further pertains to Kinoshita’s implicit attention to detail and fine craft throughout her work. 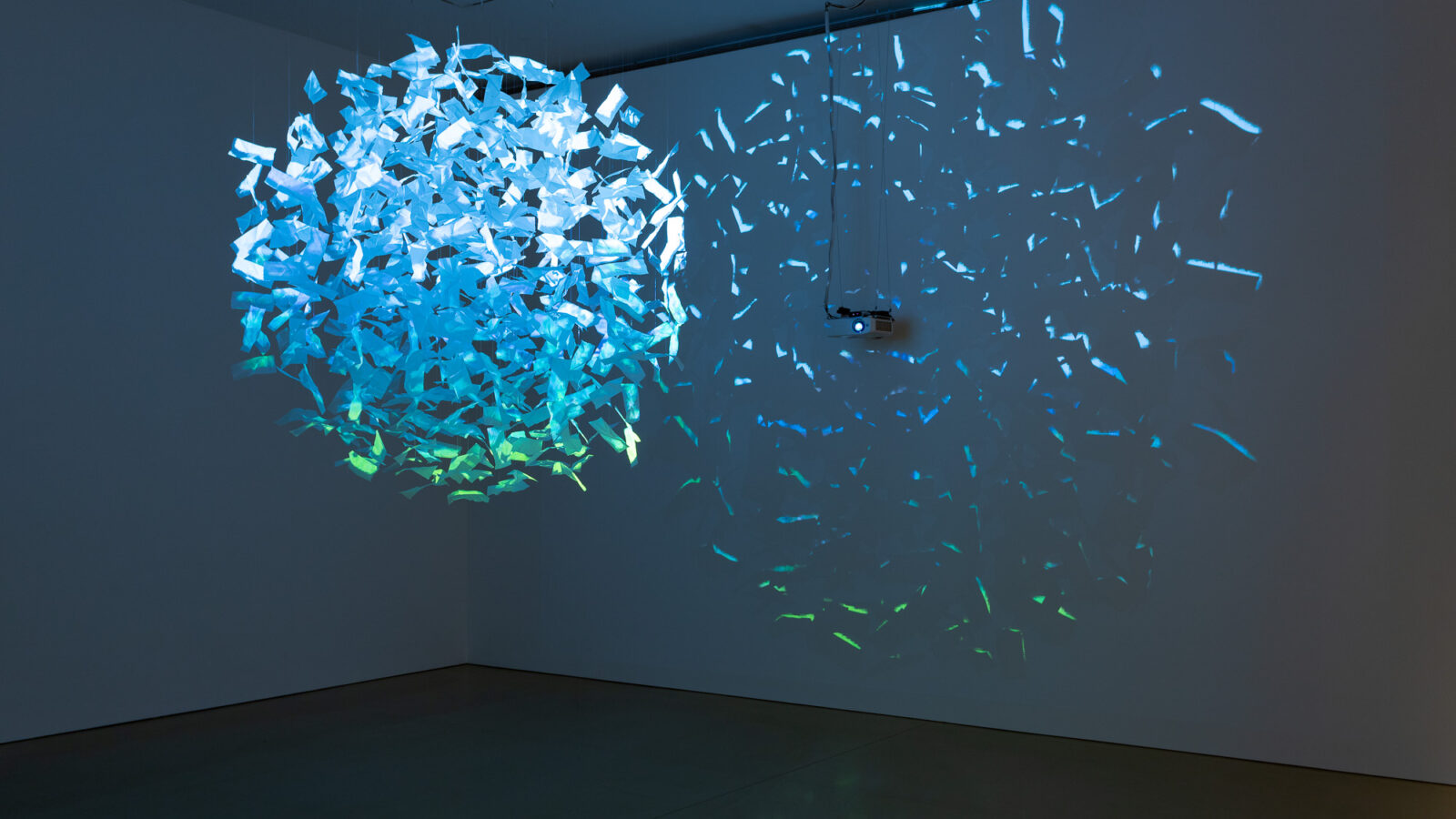 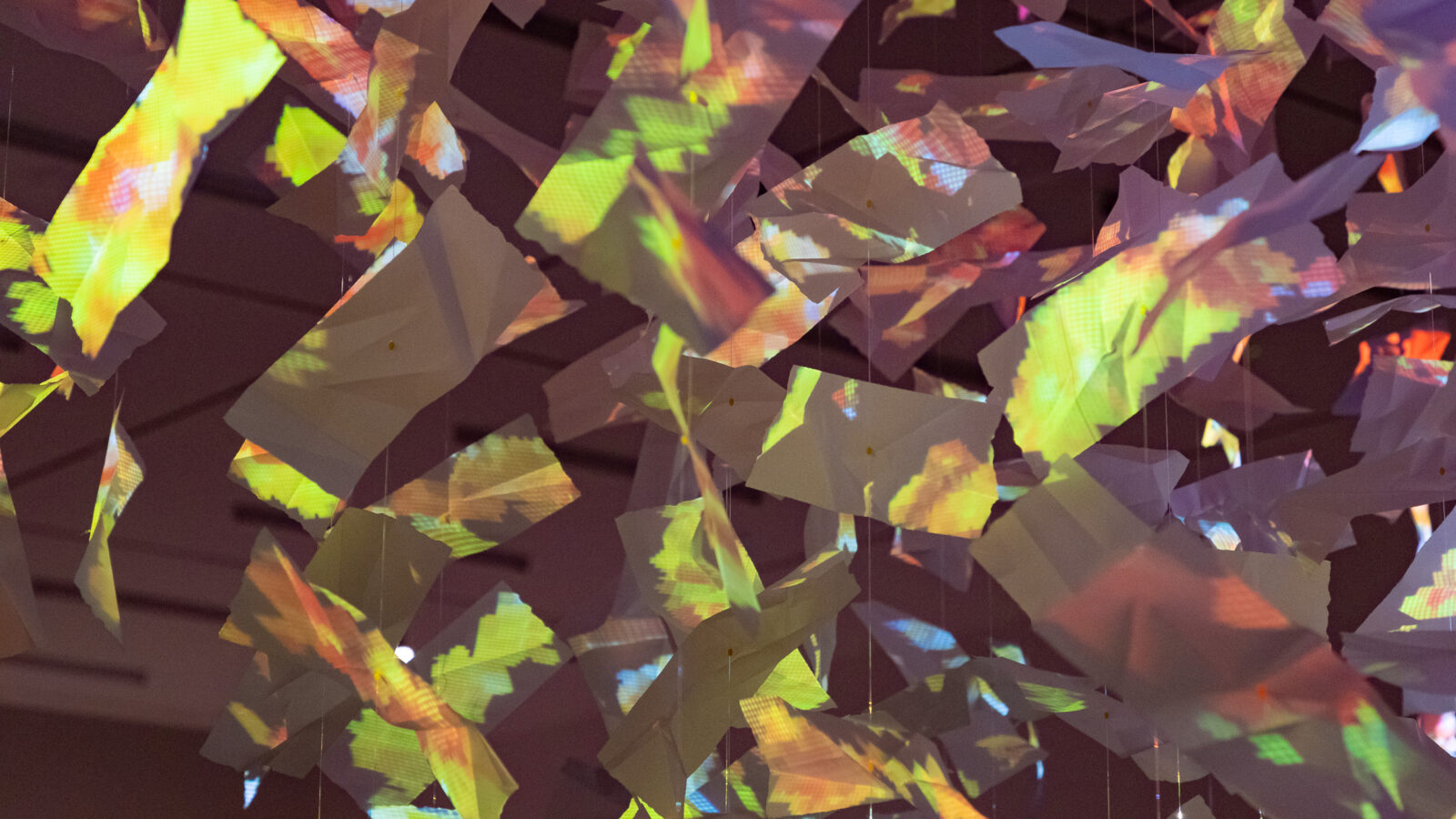 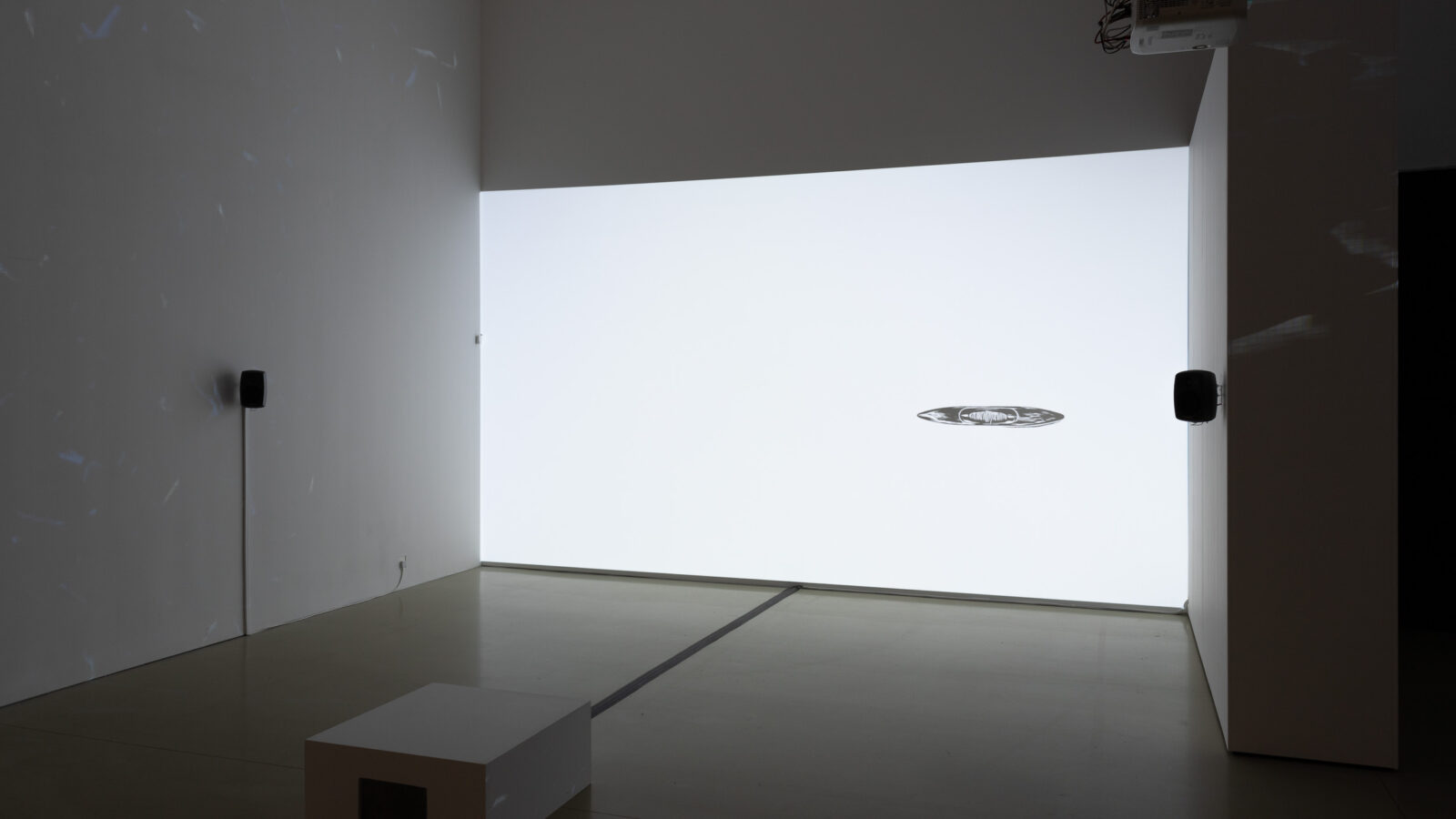 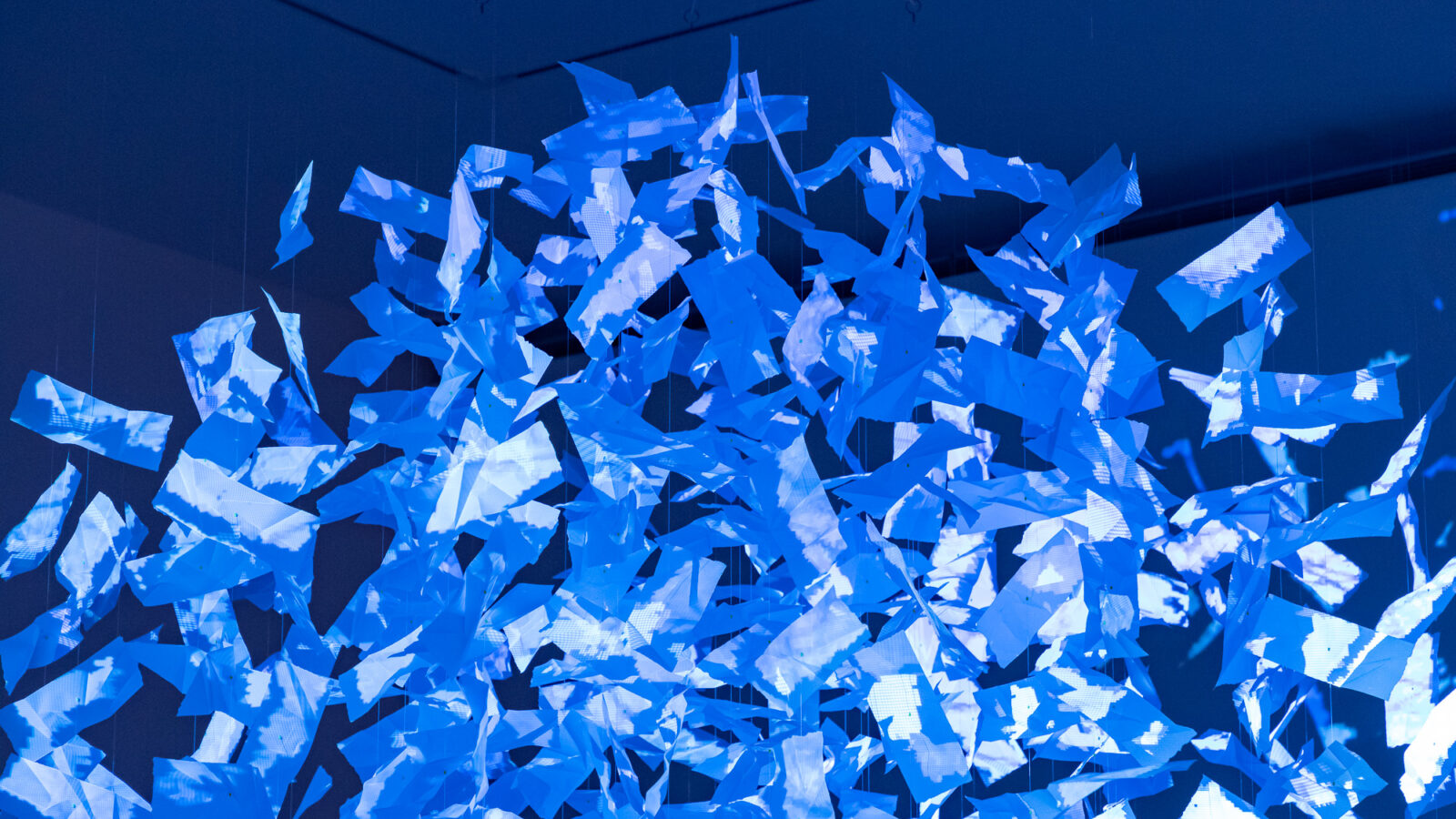 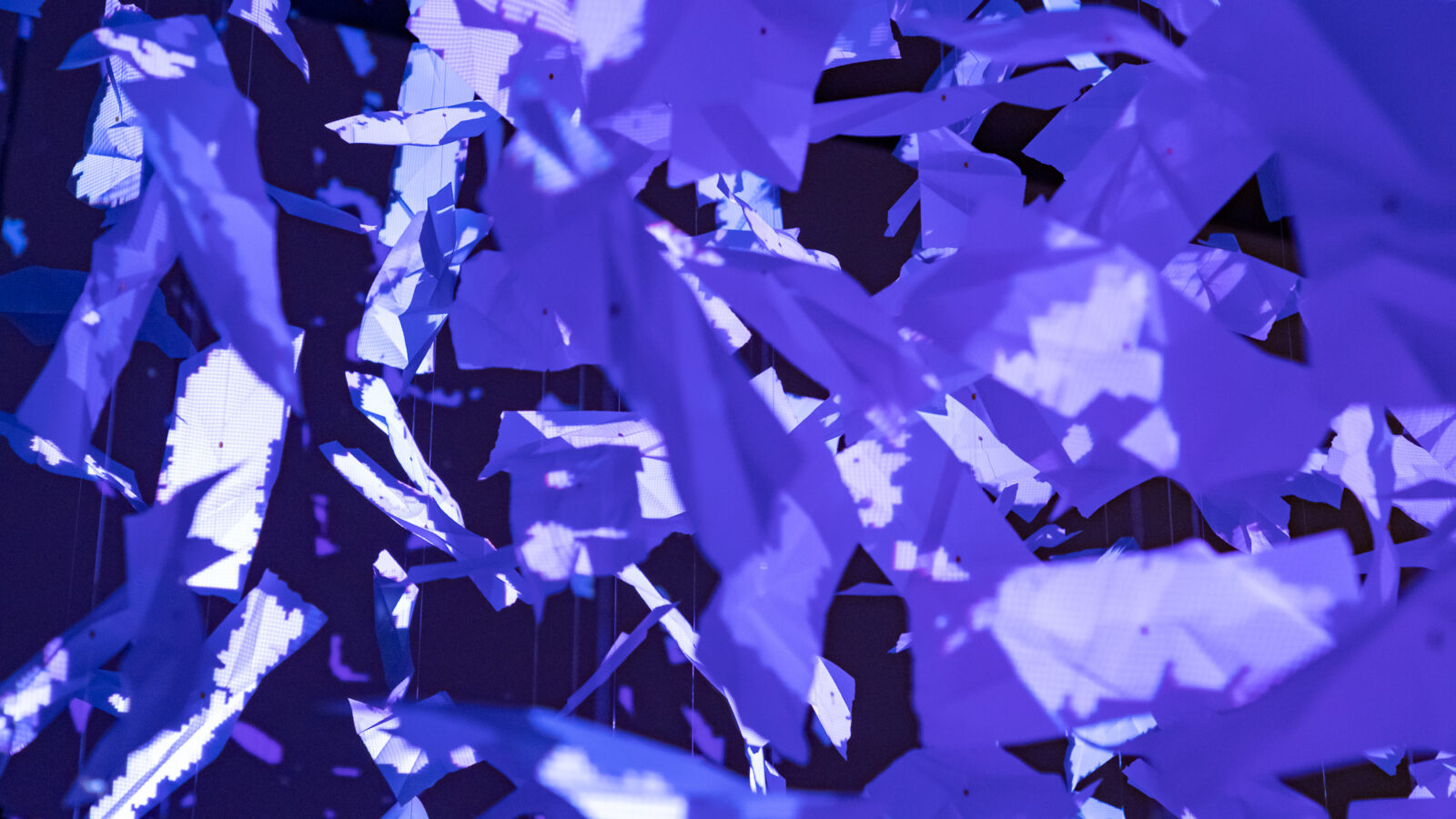 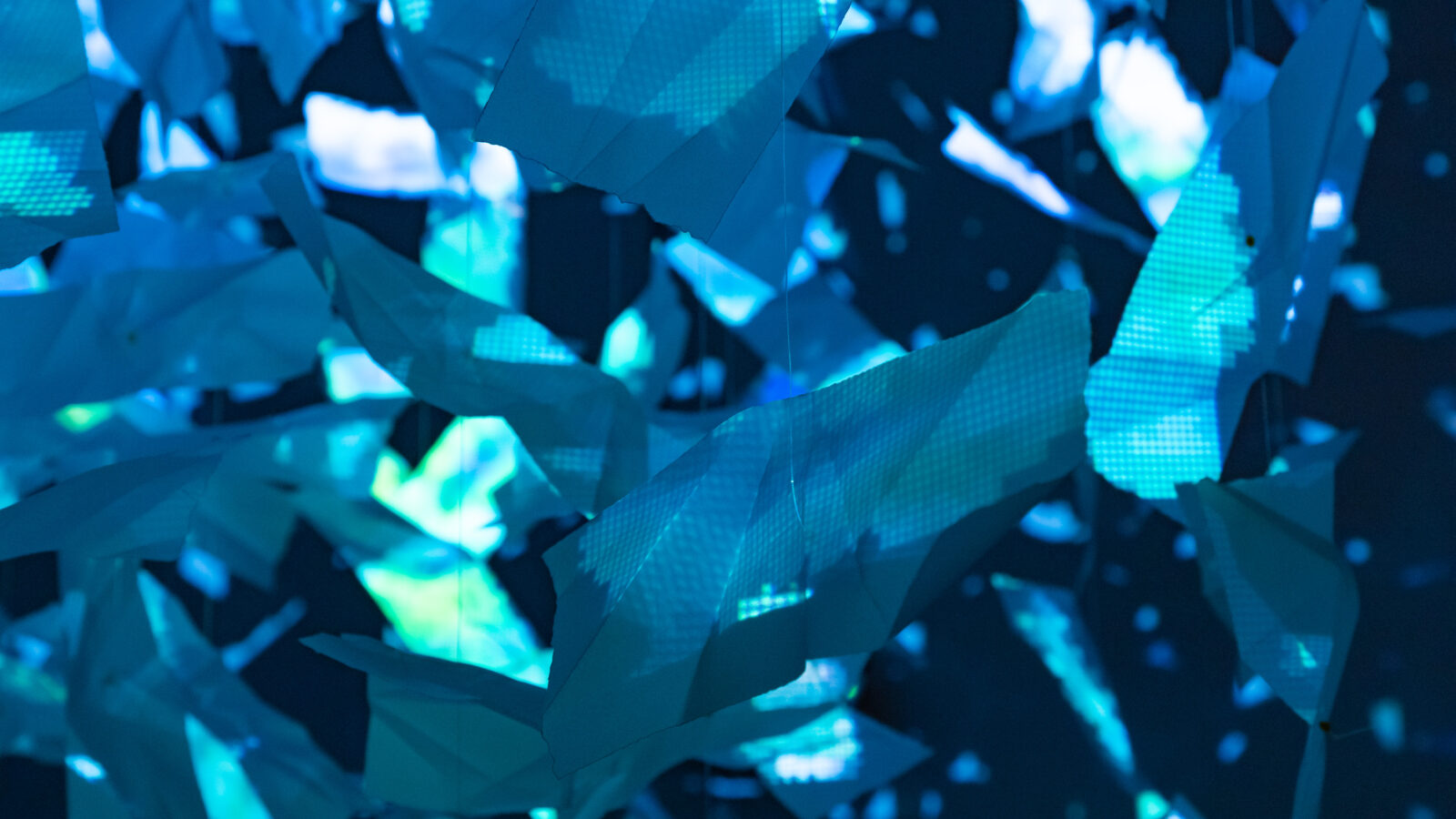 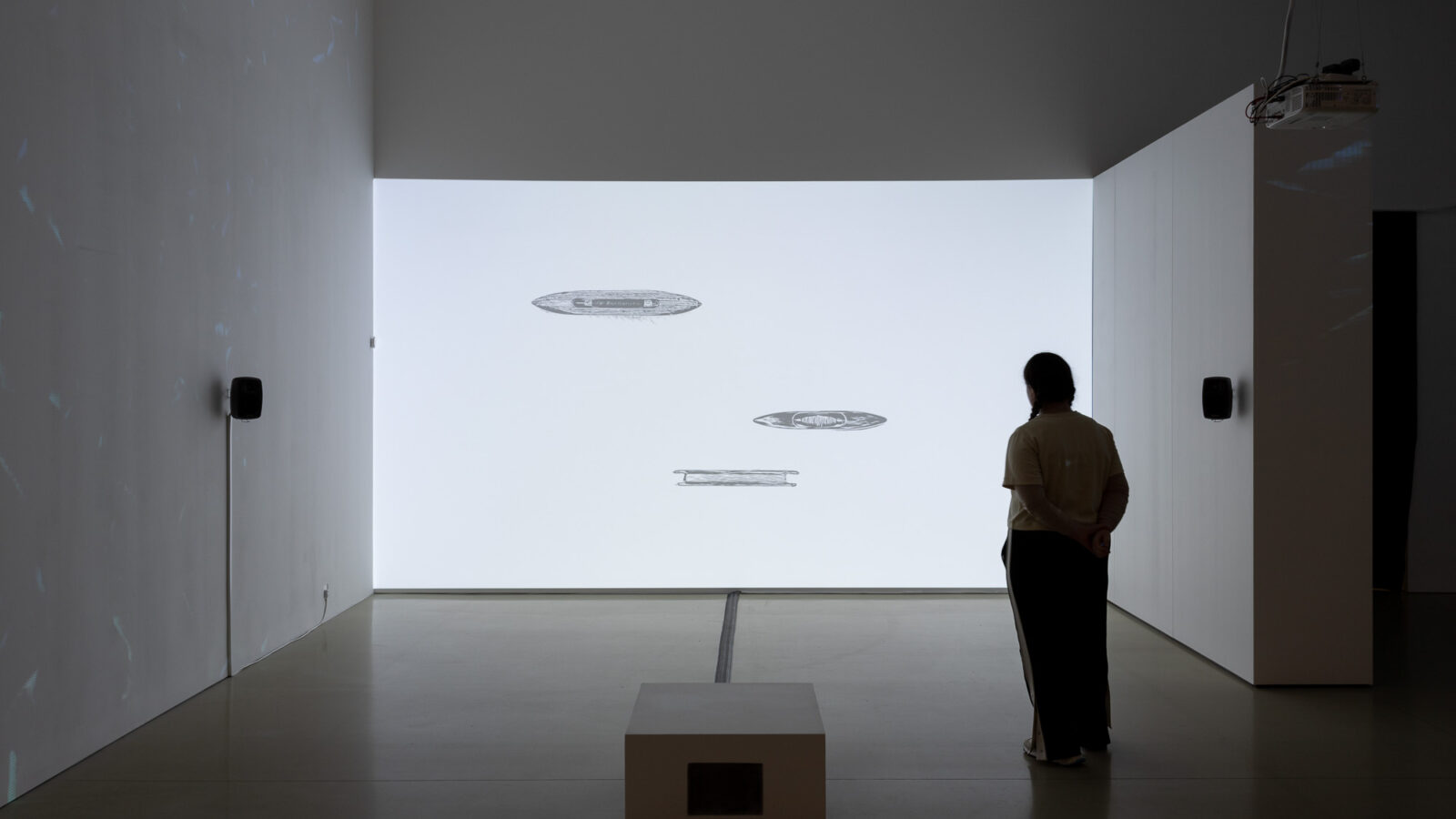 Like moths to a flame, Kinoshita’s subtle work lures the viewer in, mesmerised by the seasons arising from the multitude of colours; orange and yellow flicker and contort, ninety seconds of subtle pink renders as a homage to a friend who passed away. Shadows on the gallery walls haunt the viewer until you turn and catch, in the corner of your eye, another geometric colour and partial image emerges. They shimmer, glean and metamorphose, the gallery is Kinoshita’s canvas to work upon with digital pastel colours which feel free in form while simultaneously animating the pause, perhaps even suffocating, the experience of lockdowns, unreachability, and containment. The images are made of up ordinary Japanese scenes, rice fields and temples, tree blossom and seaside scapes, all cherished views that the artist misses from Japan, and 3D mapped using depth sensor cameras on to the floating sculpture.

Kinoshita is also a weaver, and the semantics of weaving are often uncaptured through the act of making, yet in Shuttle Kinoshita has employed her internal song of weaving – a ‘tick, crack tick’ – to demonstrate the lyricality of the craft and the meditative process she experiences while making. In a five-minute loop, a video plays, capturing the method of weaving through a finely drawn image of a boot loom shuttle taken from a loom: your eyes trace the Beetle-esque in its moving back and forth across a white background. As it darts back and forth, you follow its path – mesmerised by the rhythmic beat of movement and the background somatic speech.

Making it impossible to experience image and sound individually, this sensory entropy repeats a rhythmic experience of duality, where each iteration of heard sound further erodes the viewer’s ability to know whose account is being played. The initial effect beckons the viewer to create a distinction between each entity, but it is in the admittance of giving over control to the somatic and visual experience where a profound meditative engagement prevails.

Encapsulated in aesthetic simplicity, the viewer’s attention reverts to the embodied feeling of semantics, an assembly and chasm of an engagement within artistic practice that often goes unnoticed. Kinoshita relies on such engagements to narrativise the repetitive act of weaving. Indeed, life is a woven tapestry, and these two works create a cosmology of meaning that transgress boundaries of criticality and cognitive engagement. Sounds come and go, glimmers of colour dance, colours transform and change: nothing is permanent, and everything is in flux.

Yet modest in form, profound in thought, this attention to detail is a rarity in artistic production, and one Kinoshita manifests with tenderness and sentimentality. The archive of three people’s internal song of weaving, soft and harsh, industrial, and tender, feels tentative to the craft and creator, a lullaby or song which softens and soothes.

Kinoshita says she doesn’t think artworks need to live forever: Like us, they vanish, decompose and demise, leaving traces of the past in their wake.

Platform is an established artistic development programme at Site Gallery which allows artists to explore new ideas in a public space, testing new thinking and research with engaged audiences. It is funded and supported by the Freelands Artist Programme, a five-year programme that supports emerging artists across the UK in partnership with g39, Cardiff, PS2, Belfast and Talbot Rice Gallery, Edinburgh.
For this edition, the exhibition was presented across Site Gallery, Yorkshire Artspace and Bloc Projects.