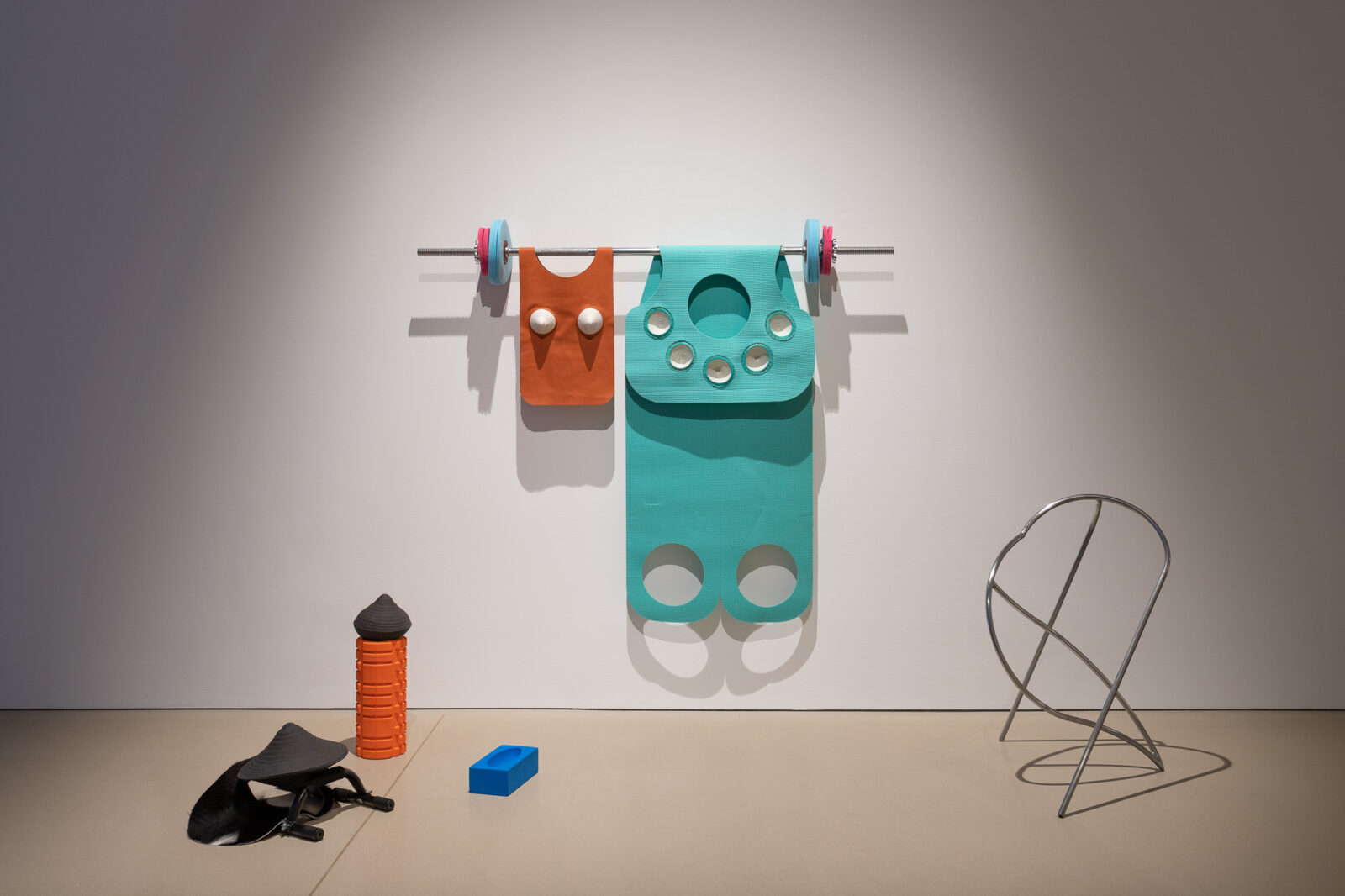 Rachael Colley presented work as part of Soft Loop at Site Gallery, a group exhibition with artists Jan Hopkins and Seiko Kinoshita that traced a meandering journey through memory, connection and absence.

Curious culinary, strength in womanhood: Rachael Colley’s radical take on the eating and the body.

Strength and softness, tender and resilient: these contrasting binaries are often overlooked when describing the myriad of ways women feel, act and make art. The pleasure and complexities found in eating and bodily experience, and the tensions between function and failure often aren’t embraced, nor are the complicated iterations of non-normative relationships with food, nutrition and embodiment. 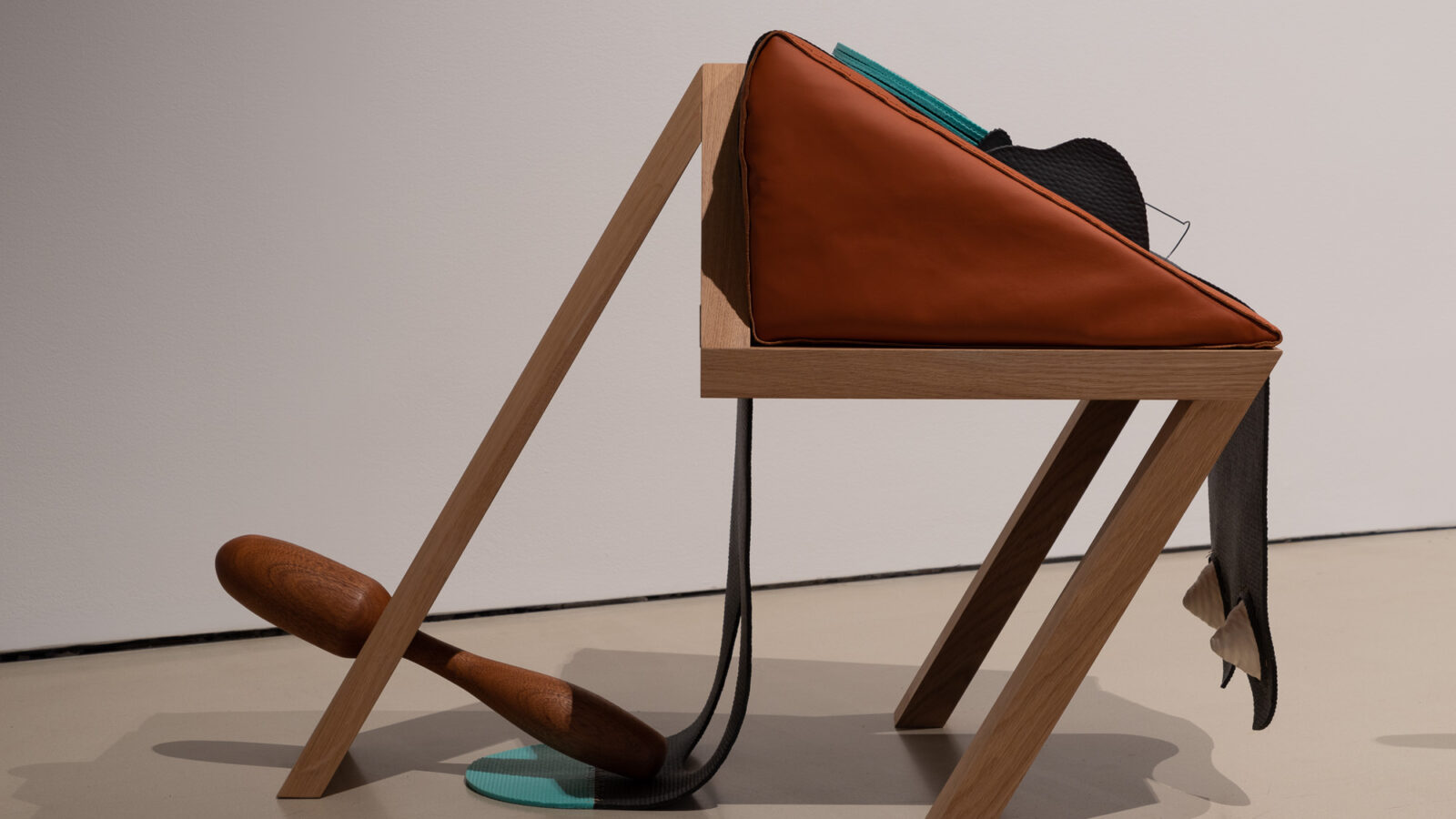 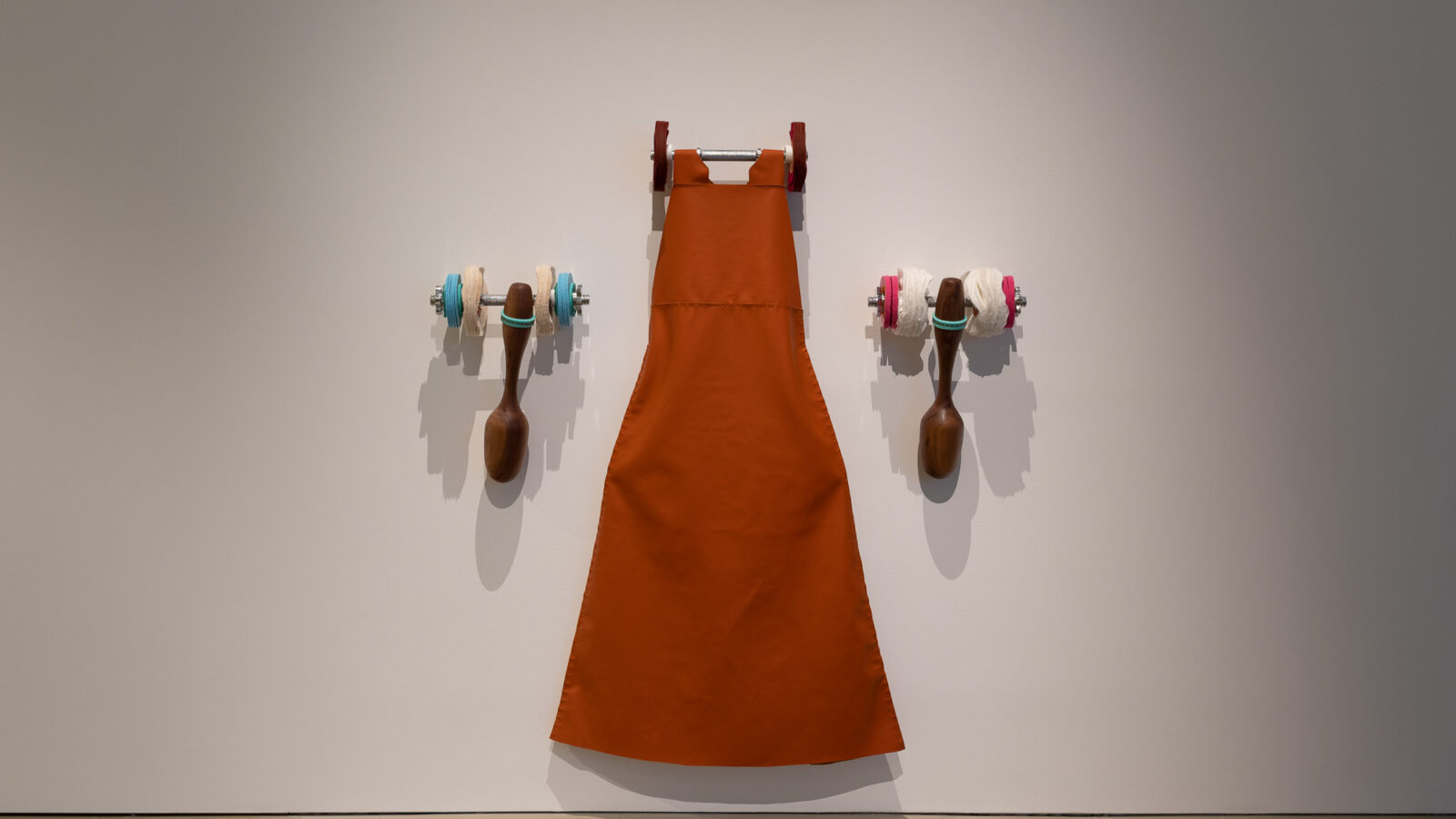 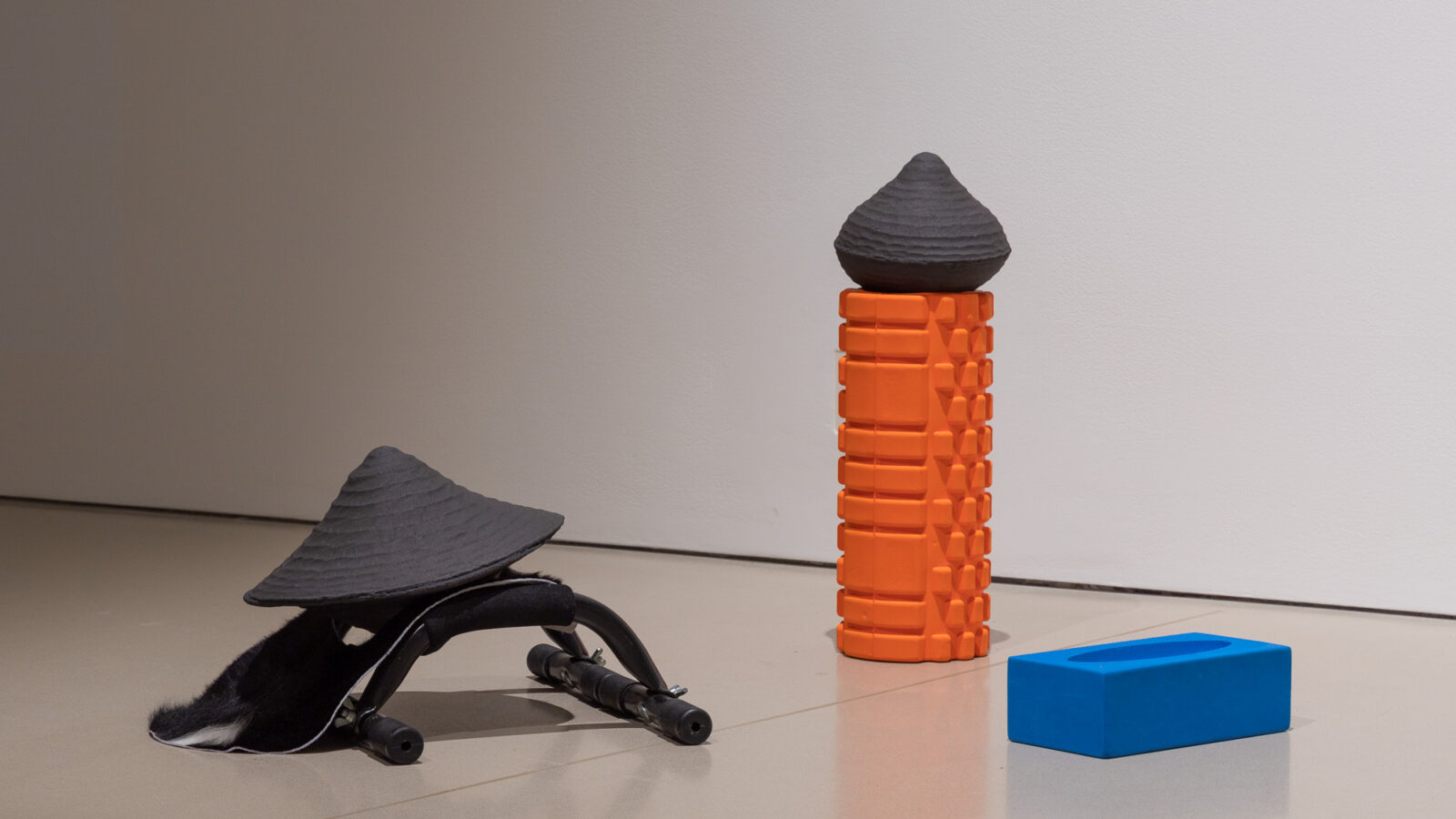 How is artwork an extension of the self? Rachael Colley is an artist and jewellery maker living and working in Sheffield who embraces and challenges her relationship with the body and food. In her multifaceted work, food, nourishment and waste all are approached and contested in versatile jewellery, metalwork and sculpture: Colley’s poetic formations reimagine how tools used for silversmithing might embody aesthetics and materiality in conjunction with divergent bodies, including her own.

For Platform 21 at Site Gallery, each sculpture Colley has crafted destabilises masculine notions of ‘strength’ and reclaims it as her own. Batons become fit for Colley’s use; an apron is hung with weight-like formations; re-welded cutlery manifests as surrealist yet functional; yoga mats are repurposed and can never be stretched upon. Without this subtle recasting of ceramic bowls, food utensils, exercise mats and silversmithing, the referent of the object would be erased, and it is this very fine line that Colley disentangles and reweaves that leaves the viewer allured further. Referring to ‘buffer girls’ in several titles, Colley references women who cleaned cutlery in Sheffield historically, who also dealt with packaging and quality control; buff, because they undertook manual labour; buff because such labour relied on strength and brawn.

Despite there being four works in Soft Loop, Colley’s seem to be in conversation with each material’s differences and similarities, which overlap and contour: ‘Ambiguous Artefact Assemblage’, as the collection of three pieces are called – abides by its name. One piece is called Ambiguous Artefact Assemblage II (buffing/buffer), where a leather orange apron dress is accompanied by two wooden batons reconfigured as weights. By interrogating the design process of her sculpture within a gendered sphere, Colley utilises the sensorial as a site for inspiration to move beyond simple ‘functionality’ while embracing materiality. Colley’s body appears in myriad ways the viewer would not expect – batons the length of her arm, smoothed and polished for ease and suitability, silversmithing tools reconfigured to accommodate her hands. The charm of each object is found in their ambiguity, the switching between form and function.

Part of what makes experiencing Colley’s formations so empowering is that despite their aesthetic modesty, they also appear to be entirely plausible as useful objects. Smooth steel tube is rolled, welded, filed and finished; brightly coloured yoga equipment is CNC milled and manipulated to mesmerise: each assemblage evidences a profound acceptance of the body’s limitations and need for alternative objects

The work is a window into Colley’s relationship to her body and the predominantly ‘masculine’ associations between silversmithing and manual labour. Instead of abiding by these conventions, Colley repurposes objects such as uncanny cultural and elongated batons so they are easier for her to use, ‘forks’ which are not quite useable but can be indemnified as such. These objects reimagine eating and movement as not ritualistic but reconfigured as a for-everyone friendly practice.

Merging the kitchen and domestic setting, Colley has an unsettling ability to reinvent the possibilities and ideas of eating in revelatory and contradictory directions. Each work is a variation of a pre-existing theme: a low, fastidiously well-turned-out structure that could convincingly pass as a maquette of a modernist villa or car park, a plinth, a coffee table or even a giant circuit board, upon which a variety of miscellaneous and equally fugitive items are displayed.

Yet the parts of the whole are incomplete, and in several of the works, the body of the object is produced from different materialities, making it impossible to consider the parts together as a single, unitary entity. The repetition of almost recognisable shapes sets in motion a type of semantic entropy: just as repeating a word over and again distances it from its referent, each iteration of the part further erodes my ability to quantify it. The effect is rather like misplacing a familiar phrase, only to discover that you’ve lost an entire language and embarked on a new one.

As everyday kitchen wear goes unnoticed in masculine settings, in Colley’s sculptures, a recasting of utility is subtly presented with a witty yet unaffected aesthetic disposition: her reimagining of how we see women’s strength is the portrait of a profoundly better world. If the body is our source of creativity, Colley reimagines how we rebel against society’s iterations of how, and indeed what a body can achieve, work, nourish and exist.