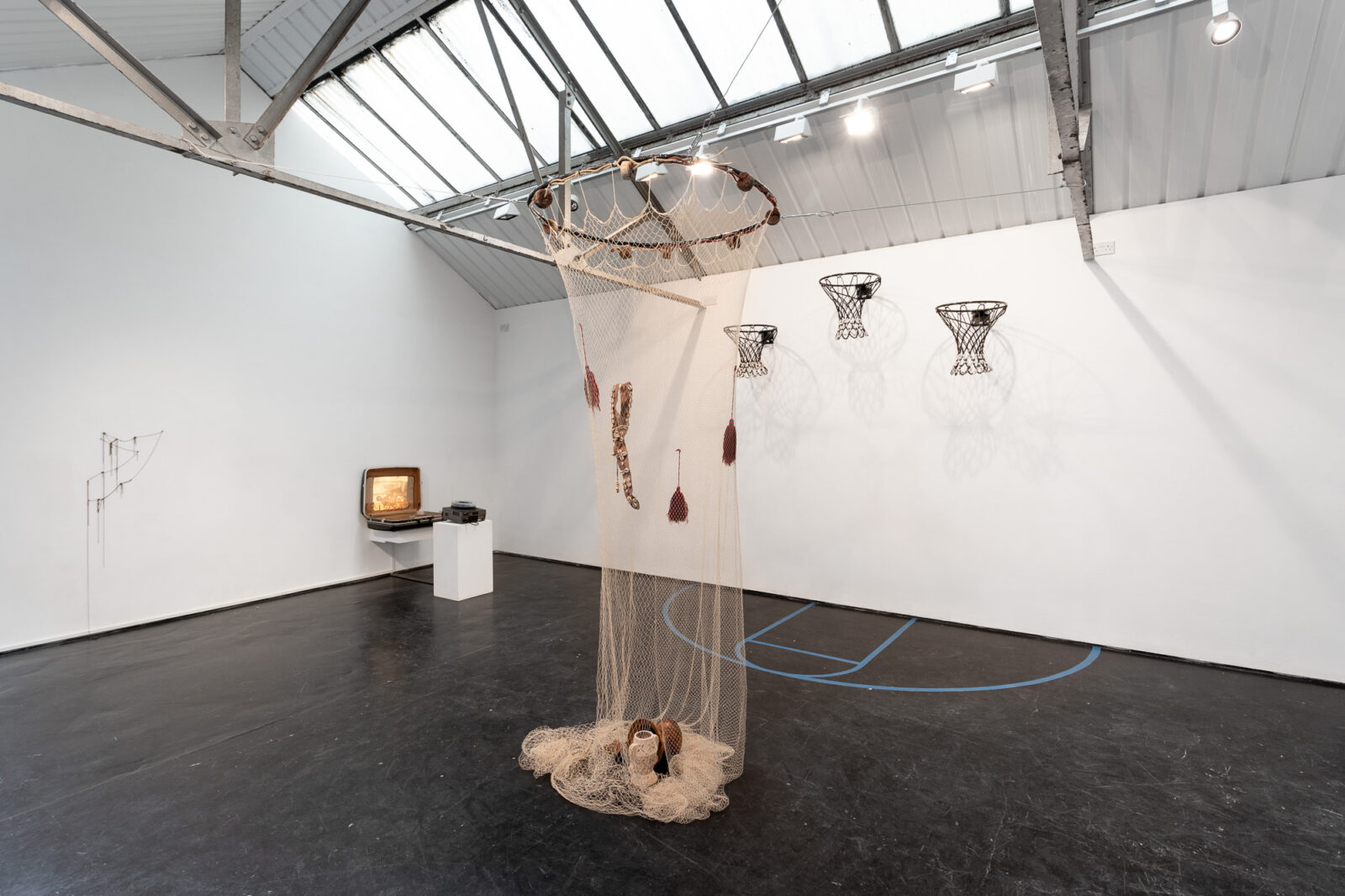 The way in which archives represent, account, and encapsulate history is indicative of who is worthy of representation, and why. From what are and aren’t dominant narratives of marginalised histories in museums, libraries and institutions, the way we remember and give precedence to the past needs to be reimagined and contested. As Saidiya Hartman writes in her book Wayward Lives, Beautiful Experiments, which is a radical retelling of black women’s lives in New York, ‘assembled here is an archive of the exorbitant, a dream book for existing otherwise’: It is this re-imagining which can be anchored as a radical political tool in art. 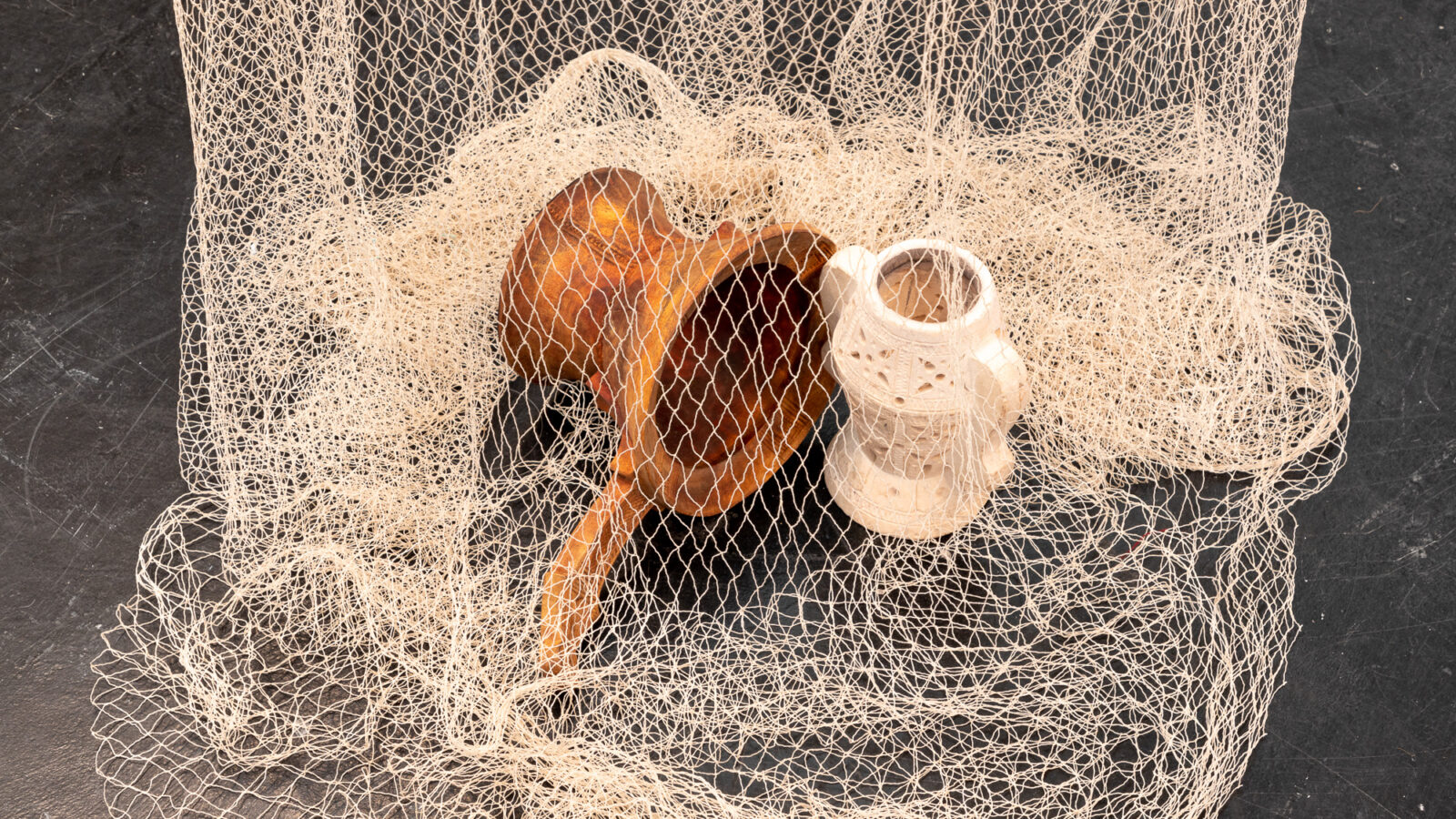 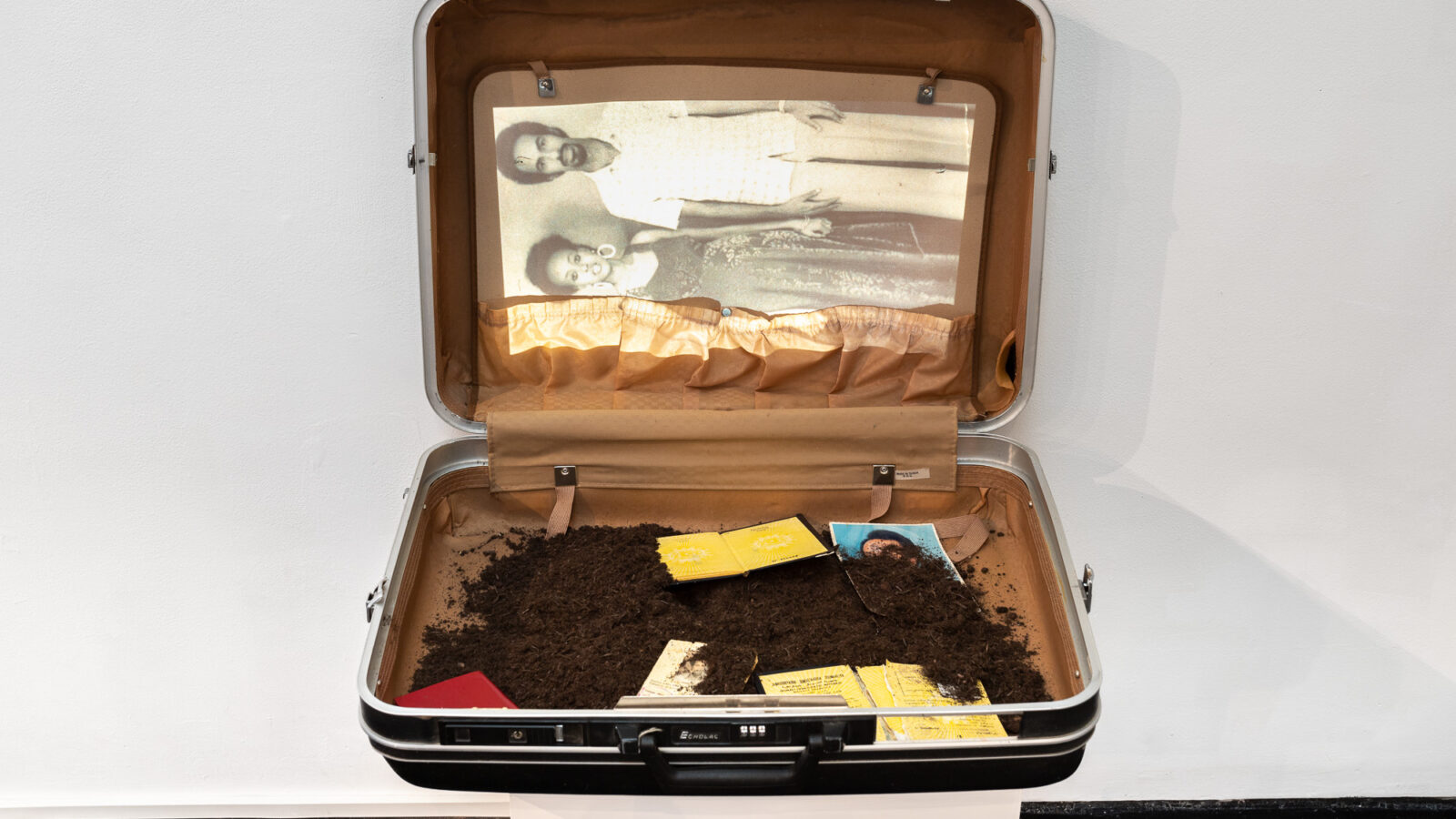 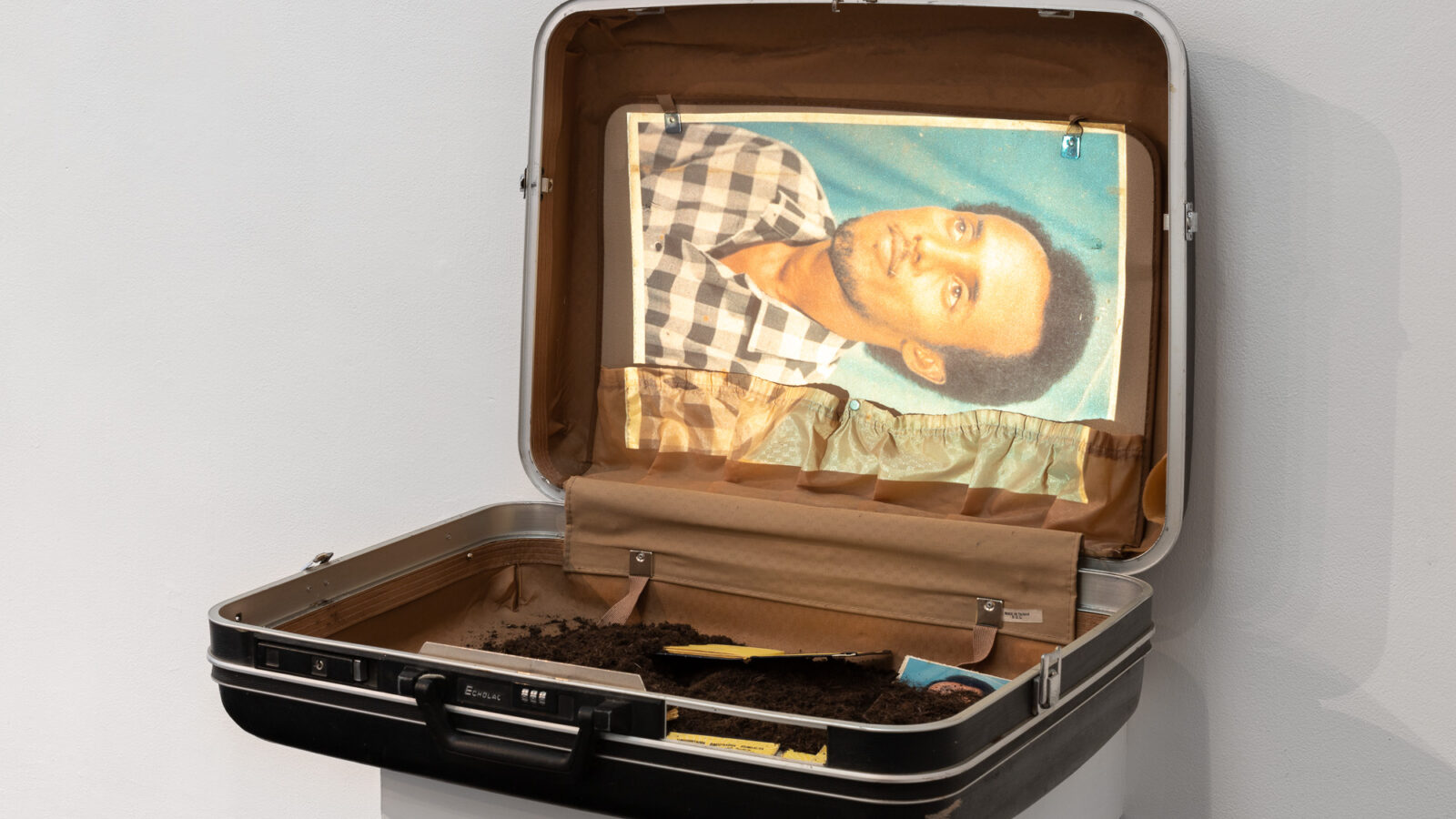 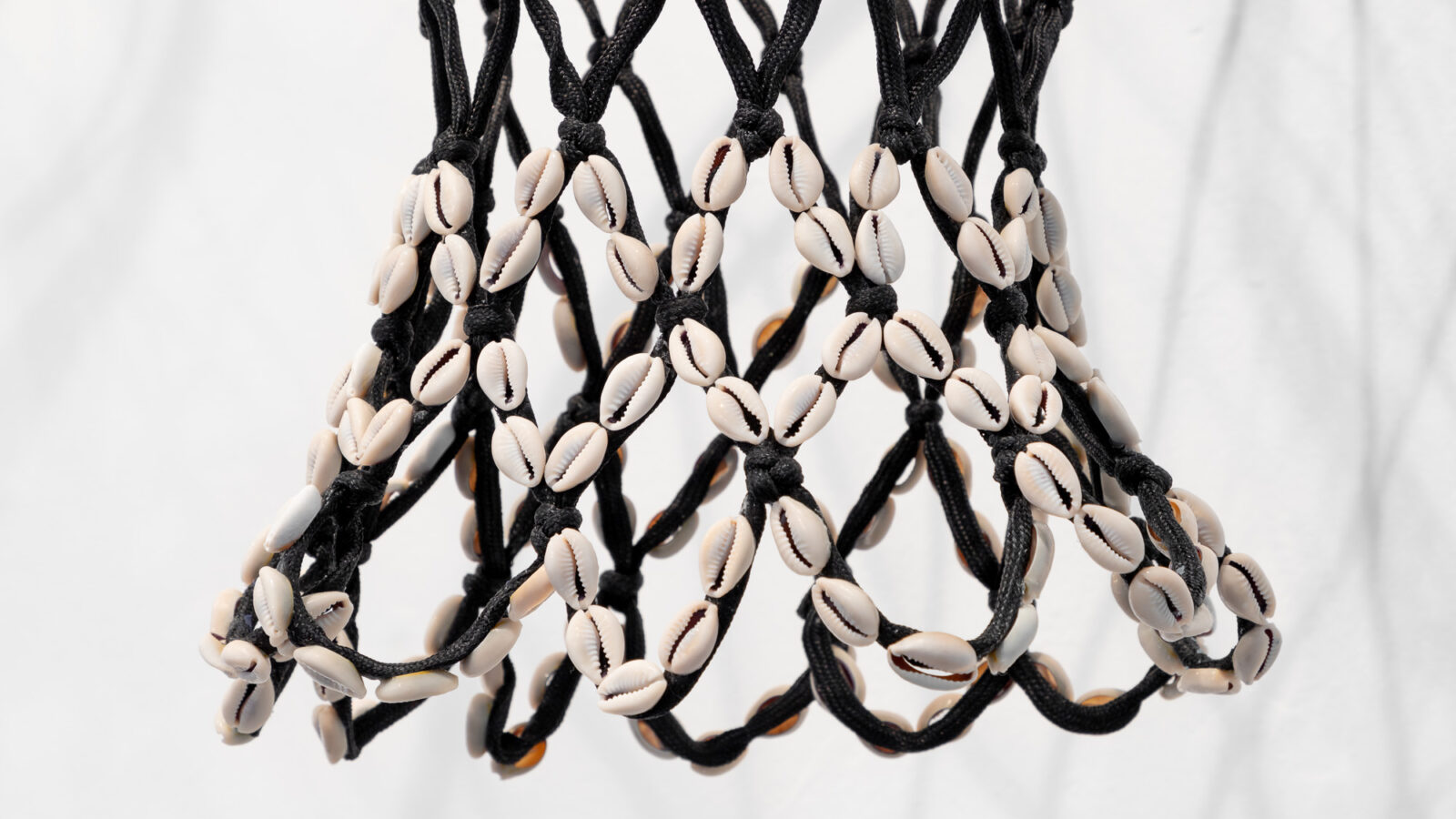 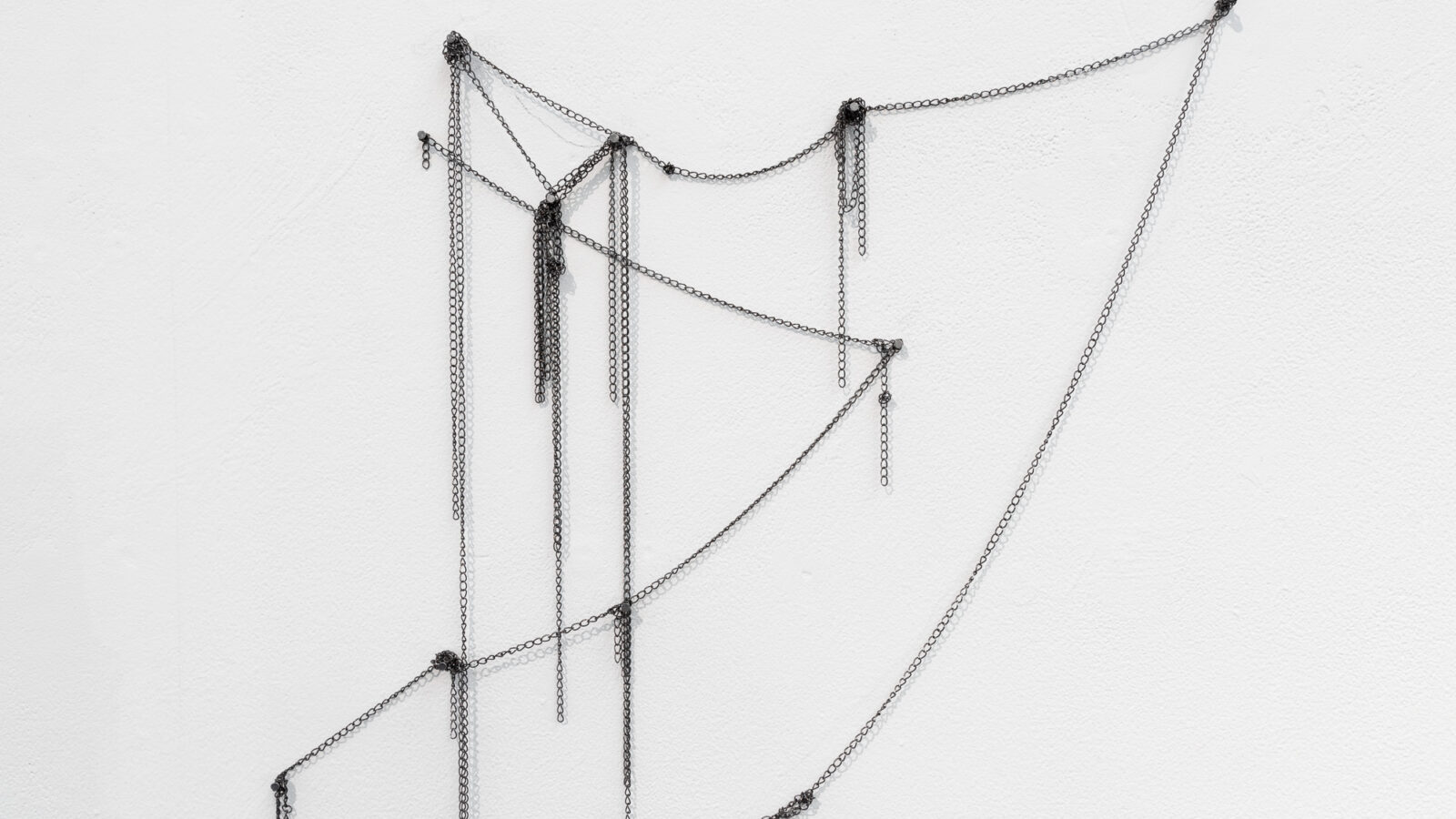 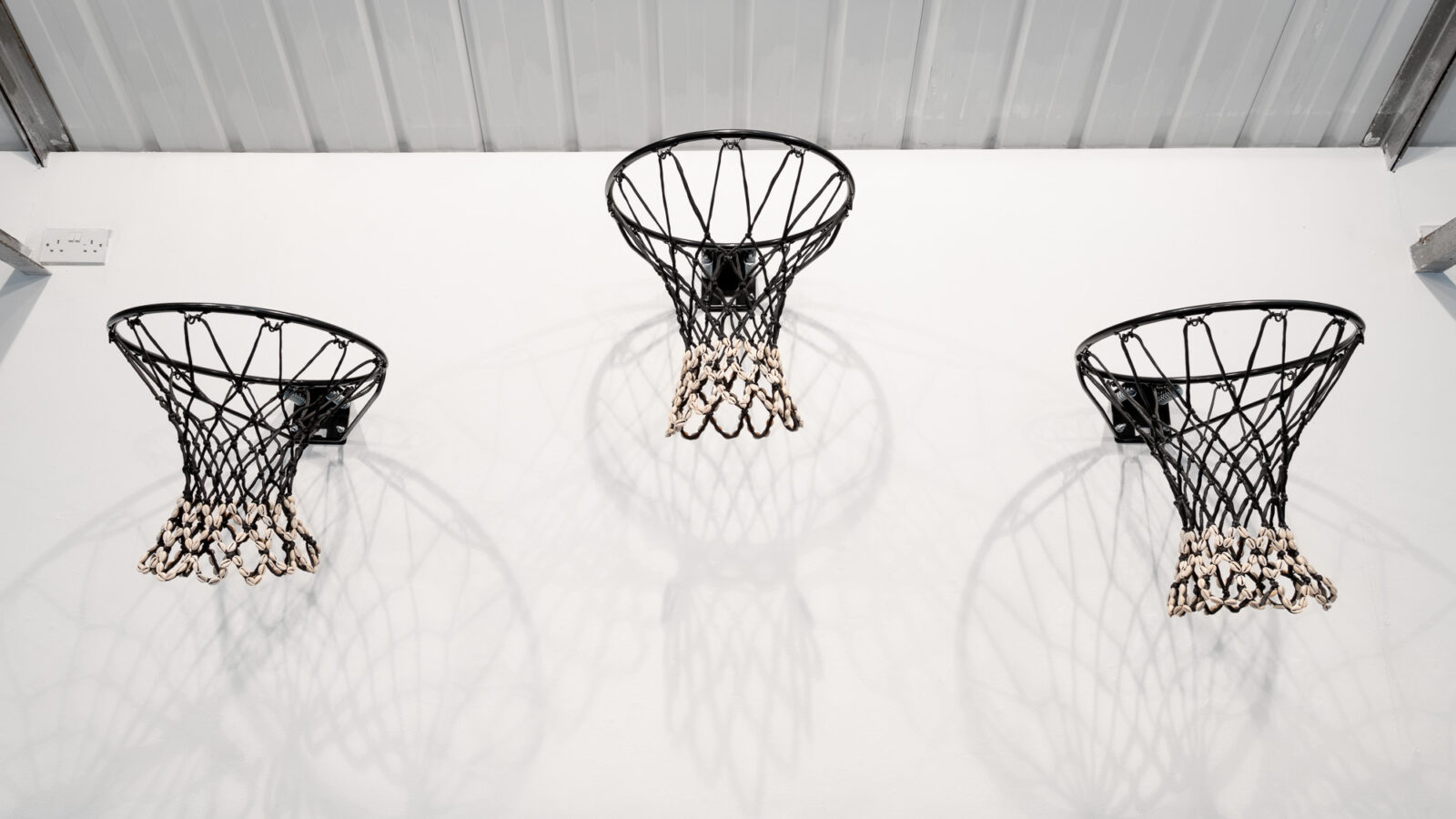 Artist Nuh-Ali examines these complicated questions of class, race, and diaspora through a blend of immersive sculpture, video, and sound. Her solo exhibition at Bloc Projects Imprint(s) reconfigures her familial experience of displacement and migration through the individual and collective: some artworks can be identified as everyday items; others rely on an explanation to come into being. Such explanations rely on an exposing of Nuh-Ali’s background: her work is distinctly intentional and personal – drawing on the complex history of her family’s migration from Somalia, via Russia and Sweden. Nuh-Ali demonstrates the fractured sense of kinship this has had on her family, and indeed herself.

Having never visited Somalia, Nuh-Ali’s notion of it is retold second hand via her family’s accounts, images, and ephemera; yet this does not infringe on her ability to tentatively bear witness to her heritage and parents’ past. In Untitled a well-used, battered open suitcase sits in the first corner of the gallery, in the bottom half, a photograph, government documents, passports and paper slips are immersed in soil. In the lid, monochrome images flash from a projector, displaying photographs of passports, her father and mother, and other identification documents. The legacy of displacement is archived within the suitcase; a present gesture and expression of the journey’s it has embarked upon.

In the lid of the suitcase, a projected screen displays photographs of women and men, who without definition, could be anyone. Yet these faces are one’s close to the artist: her mother, father, and other relatives. To the left of the suitcase, a metal string is pinpointed against the white gallery wall, representing a memory map of places the artist’s parents travelled and lived before displacement. The lines highlight man-made borders and effects of colonialism, and how now the area is distorted from their lived experience with the country being split into Somalia and Somaliland due to civil war in 1991.

Unrecognisable the visitor relies on an oral context to understand the hanging formation, which performs the dual act of curiosity and generates an understanding of Somalia’s often (un)known future. The suitcase is accompanied by sound, where interviews and fragments of her parental memories leave a somatic trace and ambient texture.

In the center of the gallery is Untitled, which appears to be a long fishing net hangs from the ceiling. Looming large, in the middle of the floor are two objects – a wooden pestle and mortar and an incense burner, both handmade items which have been handed down to the artist by her mother. Both used in Somalia, Nuh-Ali tells me, the theme of home life can be found throughout the net: a headpiece shell necklace and tassels intertwine her Muslim and Black heritage. The focal point of the show, the net dangles as an interwoven web between two contrasting elements of her life and background.

In the central wall of the gallery, three basketball nets are amongst the most striking sculptural pieces in the show, called Money Shot. Made from black-dyed nylon with beads hanging from them, the Western hyper-athletic romanticisation of the black body is reimagined through the international symbolism of a basketball net. The black dye erases the red and blue nets found in the American version of the sport; the nets are handwoven by the artist to reflect hair braiding methods found in Somalia. The middle net is placed at the ten feet – the height of NBA tournaments – the other two sit lower. This height difference, Nuh-Ali tells me, is to reflect a three-part podium.

Yet it is the modest work Untitled at the back of the gallery which is the most compelling. A prayer rug sits alongside the gallery wall with soil and a video of hands praying, immersed within the soil. By recreating the aesthetics of prayer within the gallery, the viewer momentarily transcends British soil to that of Somalia. By constructing her own personal archive, Imprint(s) transgresses theories of critical race theory; her work is an archive and theoretical take on some of the most pressing questions of colonialism, migration, and global black histories of our time.

Leaving the exhibition, I had the tacit feeling that a lived account had been undertaken by the artist, if not as a political act but as a personal familial journey, too. Nuh-Ali has crafted an intimate counter-narrative of black life, against the incessant cultural erasure and invisibility of black life and history, in all its beautiful and unseen myriad forms.