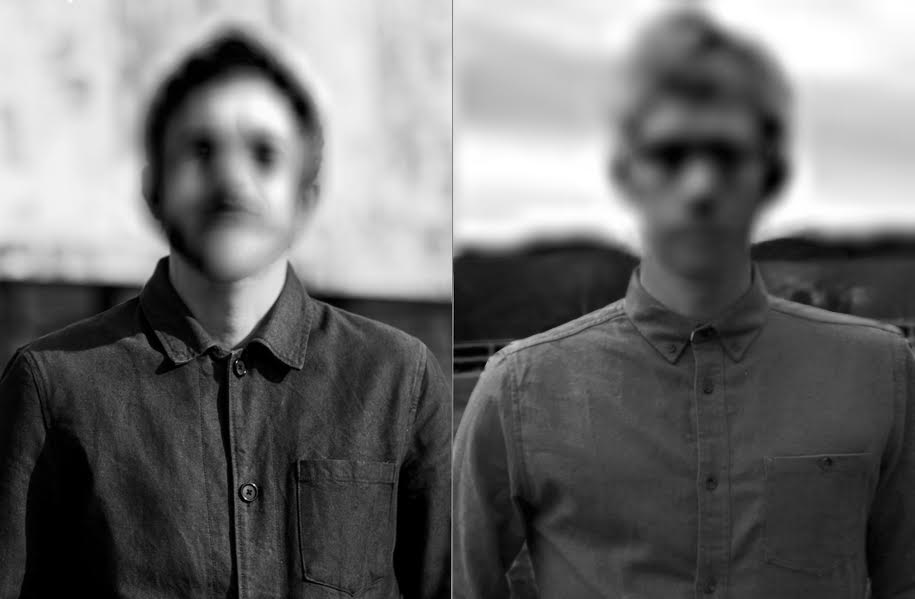 The Alternate Realities Commission, worth £20,000, has been awarded to artists Barnaby Francis (aka Bill Posters) and Daniel Howe for Spectre, an immersive installation, which examines and subverts the power of the digital influence industry. Spectre, which will be part of the Sheffield Doc/Fest Alternate Realities Exhibition at Site Gallery during the 26th Sheffield Doc/Fest, is comprised of six 2.5 metre high black monoliths where audiences can, as the artists’ put it, “worship at the altar of dataism with the gods of silicon valley”.

Says Dan Tucker, Alternate Realities Curator, Sheffield Doc/Fest, “I am thrilled that Spectre has won the commission this year and that the support of Site Gallery, the British Council, and Arts Council England have enabled us to bring this incredibly ambitious project to Sheffield Doc/Fest. It is so prescient and so powerful. A deceptively dark exploration of the power of the digital influence industry, Spectre is an algorithmic alchemy that will keep the audience guessing all the way through”.

Barnaby Francis stated, “we live in unprecedented times and as a result, must strive to work with others to make unprecedented art, that seeks to reveal, interrogate and understand the historic moment of today. The international team of artists, technologists, academics, designers and developers behind Spectre hope to open up a space for interrogating computational forms of propaganda and the wider digital influence industry itself. Both exert powerful forces on ourselves as individuals, but also on collective society: on the democratic processes that are essential for democracies to function.”

Says Daniel Howe, “It’s been amazing to explore the critically important issues surrounding digital surveillance with the diverse group of artists, scientists and researchers that came together for the Spectre project. This type of collaboration wouldn’t have been possible without the support of the Sheffield Doc/Fest, Site Gallery, British Council, MUTEK and Arts Council England. Alternate Realities is one of the rare programmes that supports socially-engaged, critical practice on contemporary issues.”

Continues Barney Francis, “We would also like to take the opportunity to extend our gratitude and thanks to our partners at the Psychometrics Centre, Cambridge University, Tactical Technology Collective, Anchor Manufactoring and Futures Venture Foundation for their continued support.”

Barnaby Francis and Daniel Howe will also be speaking at the 2019 Alternate Realities Summit on Sunday 9 June, which this year aims to challenge preconceptions and disrupt narratives to deliver a new vision of documentary making. A day-long event of provocative and artistic debate, with talks, presentations, panel discussions and performances from the world’s leading immersive and interactive storytellers. This year it will focus on the colonialism of the connected world, examine the evolution of query-based narrative and encourage an awakening in relation to personal data and unconscious bias.

The Commission, now in its sixth year, is selected from an open-call for a new digital project focussed on non-fiction supported by Arts Council England, Site Gallery, the British Council and MUTEK.

Barnaby Francis, often working under the pseudonym Bill Posters, is an artist whose work spans image-making, intervention, sculpture, video and curation. He works between Manchester, UK and Kampala, Uganda.

A former street artist, he works collectively across diverse interdisciplinary fields to interrogate contemporary forms of propaganda and their impact on justice, democracy, privacy and the environment.

His practice is centred on hacking space and place to reveal power relationships and persuasion architectures that exist between corporate and state level actors and their subjects – citizens.

Over the last few years his praxis has focused on interrogating and subverting computational forms of propaganda that define the digital influence industry, revealing interesting new terrain for the application of detournement theory on contemporary issues concerning computational propaganda, dataism, surveillance capitalism and the ad tech industry.

Bill Posters is co-founder of Brandalism (www.brandalism.ch) and the Subvertisers International (SI). In 2016, Brandalism received Communications Sans Frontiers’ ‘Activist of the Year’ award for their ‘COP21 Paris Climate Talks’ project which saw the hacking of over 600 ads in Paris by 82 international artists with critical public art relating to climate change, consumerism & corporate lobbying.

He is a published author on the subjects of subvertising, protest art and computational propaganda. His latest book is due for release by Laurence King in Spring 2020.

He is an international speaker and guest lecturer. Talks & lectures include London School of Economics, European Parliament, University of Vienna and University of Manchester.

Daniel C. Howe is an artist, writer, musician and computer scientist. His hybrid practice explores the impact of networked, computational technologies on human values such as diversity, privacy and freedom. He has been an open-source advocate and contributor to dozens of socially-engaged software projects over the past two decades. His outputs include software interventions, art installations, algorithmic text and sound, and tools for artists. He currently resides in Hong Kong, where he teaches at the School of Creative Media.

Sheffield Doc/Fest is a world leading festival celebrating the art and business of documentary and non-fiction storytelling across all forms. Each year the festival welcomes over 25,000 festival goers, including approximately 3,500 industry delegates from 55 countries.

Doc/Fest is a creative space for discovery, debate, collaboration and inspiration. We champion and push forward new talent, ideas and interaction for the future of the industry. We are an open, inclusive festival, bringing together veteran creatives, new voices and our city to share, shape and question stories of the world we live in.

The six-day festival and all-year activity consists of events across five programme areas:

Arts Council England is the national development body for arts and culture across England, working to enrich people’s lives. We support a range of activities across the arts, museums and libraries – from theatre to visual art, reading to dance, music to literature, and crafts to collections. Great art and culture inspires us, brings us together and teaches us about ourselves and the world around us. In short, it makes life better. Between 2018 and 2022, we will invest £1.45 billion of public money from government and an estimated £860 million from the National Lottery to help create these experiences for as many people as possible across the country.

Site connects people to artists and to art, inspiring new thinking and debate through exhibitions, talks, events and other public activity. Site works with early career to established artists to commission new work, produce solo and group shows, deliver residencies, performances, events and community programme. Through diverse programming, the gallery reveals the process of making art and invites our audiences to engage, explore and connect. In 2018 Site Gallery re-opened after a building programme which trebled the scale of its public area. It now has a large scale gallery, a dedicated projects space, café (Kollective Coffee and Kitchen) and shop as well as a beautiful new façade and main entrance. In 2019 Site will celebrate its 40th year.

About the British Council

The British Council is the UK’s international organisation for cultural relations and educational opportunities. We work with over 100 countries in the fields of arts and culture, English language, education and civil society. Each year we directly reach over 65 million people and more than 660 million people via broadcasts and publications. We make a positive contribution to the countries we work with – changing lives by creating opportunities, building connections and engendering trust. Founded in 1934 we are a UK charity governed by Royal Charter and a UK public body. We receive 15 per cent core funding grant from the UK government.

MUTEK is a Montréal-based not-for-profit organization dedicated to the dissemination and development of emerging forms of digital creativity in sound and audio-visual practice. Its main activity is its annual namesake festival, which will hold its 20th edition from August 20-25, 2019. The MUTEK festival is conceived as an environment of discovery and encounters, where artists and audiences are encouraged to meet and exchange. Firmly rooted in the Montréal community, it supports local talent while also presenting exclusive international content, combining music and audio-visual performances, installations, film and video presentations and maintaining activities around the world, incuding yearly festival offshoots in Mexico City, Barcelona, Tokyo, Buenos Aires, Dubai, and San Francisco.

MUTEK_IMG, a forum on current practices in digital creation, originally conceived as a complementary off-season conference in Montréal, has been redefined and reconfigured to become a core element of the annual festival’s professional daytime programming. Taking place inside the framework of MUTEK’s 20th edition, the fifth iteration of MUTEK_IMG will begin on Tuesday, August 20 and run until Thursday, August 22.