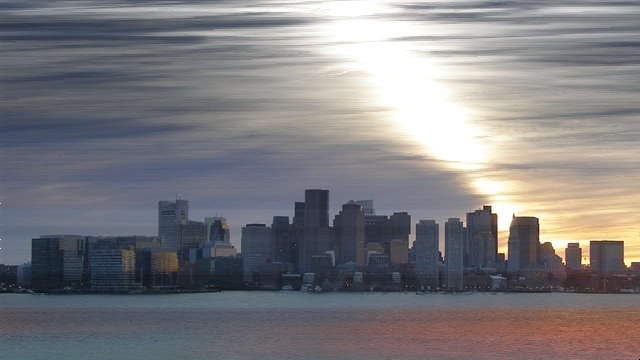 Commissioned by Site Gallery for MWX19 in Boston, this live streaming artwork connects local Boston community and participants in the MW19 Conference with the creative community, passers by and walking traffic around the CIQ in Sheffield.

Images of Boston Harbour and a view across Sheffield towards Park Hill and the Cholera Monument are being transmitted live via network cameras, projected at Site Gallery and The Lightwell in Workstation.

Each image is being constructed pixel by pixel from the top left to the bottom right hand corner of the screen (like writing on a page) continuously over a five hour timespan – so that a complete image is depicting five hours of time – embedding quite literally the time difference between the two locations.