Points of Rupture explores tactility, training and the recovery of athletes engaged in contact sports.

While it is not possible for everyone to experience the exhibition in person, we have made a video walkthrough that is intended to give a sense of how the exhibition feels, showing it’s rhythm and pace. This sits with multiple ways to experience the works in the exhibition, including a stream of the new moving image work The Sprawl, a link to listen to the soundscape Spiral Rides and Involuntary Peaks and images of installation and scenography work Defensive Drills #01. Scheduled to run to 20 December this exhibition is currently closed due to lockdown

Based on research with coaches, athletes and medics, this new body of work by Phoebe Davies explores the physicality and personal narratives of occupying communal and competitive spaces.

The exhibition takes its points of departure from Davies’ ongoing recovery from a ligament rupture whilst playing basketball parallel to her work with a group of teenage female wrestlers, training in a local club on the outskirts of Oslo. A new moving image work documents day-to-day routines at the club, alongside combative and compassionate exchanges. Accompanying the film are a multichannel soundscape and installation employing sports aesthetics, plays and structures. This expansive sound work considers the limits of stamina, rest and physical and mental exhaustion.

Phoebe Davies often finds herself referencing and exploring collaborative models of working across different social and cultural sectors, be that strategies from methods of organic farming, feminist organising or speculative fiction. For the last year, a key focus of her practice has been working within community sports settings, researching athletic methodologies, coaching and rehabilitation.

The Sprawl follows a small wrestling club on the outskirts of Oslo, Norway, and their team of young female wrestlers. Filmed over the course of a year, it documents day-to-day routines at the club, team interactions, and their training, sparring and recovery from injury. Moving between moments of tenderness, strength and aggression, we are witness to the wrestlers being encouraged to struggle against each other, testing their mental and physical resilience. 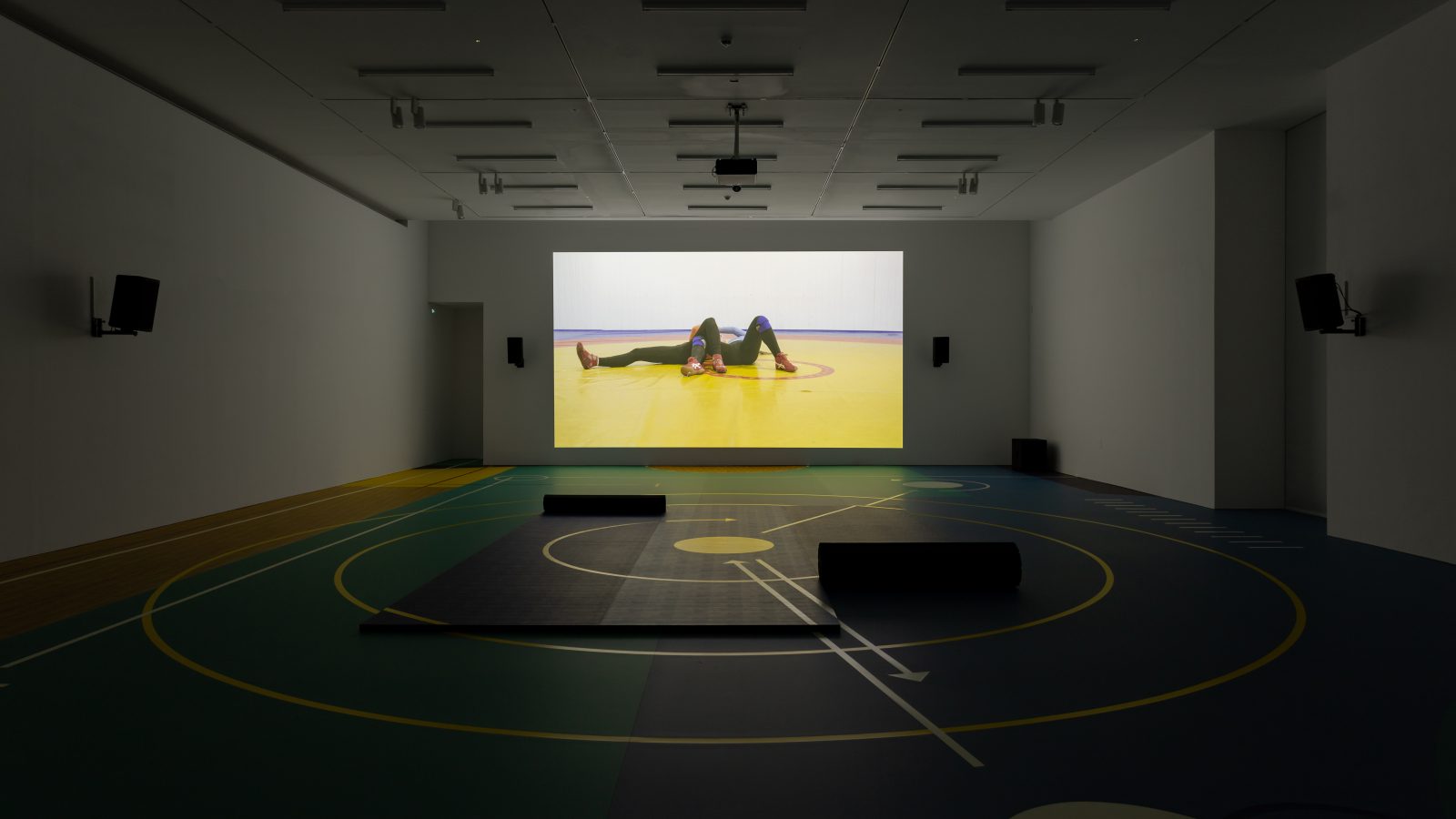 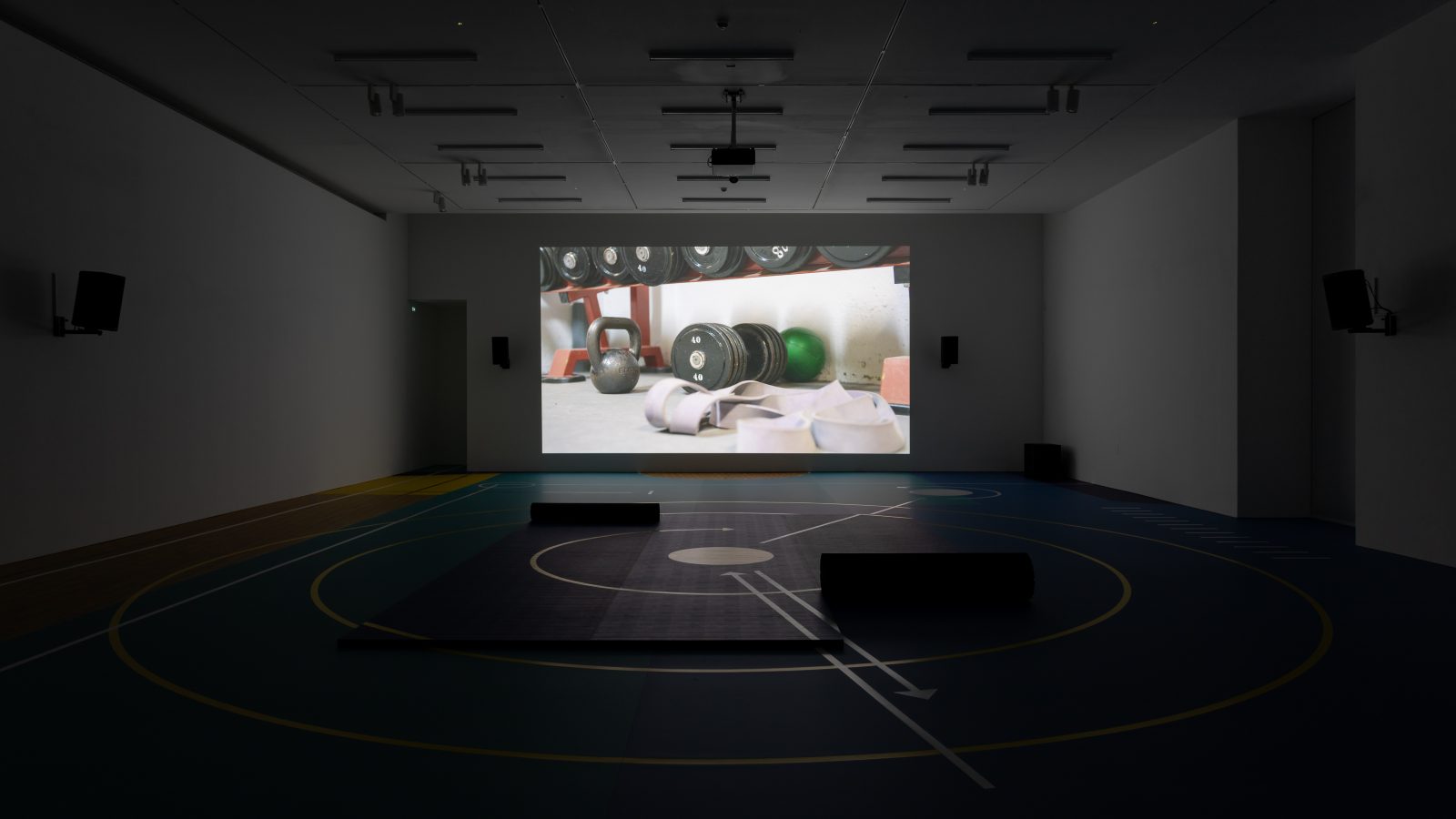 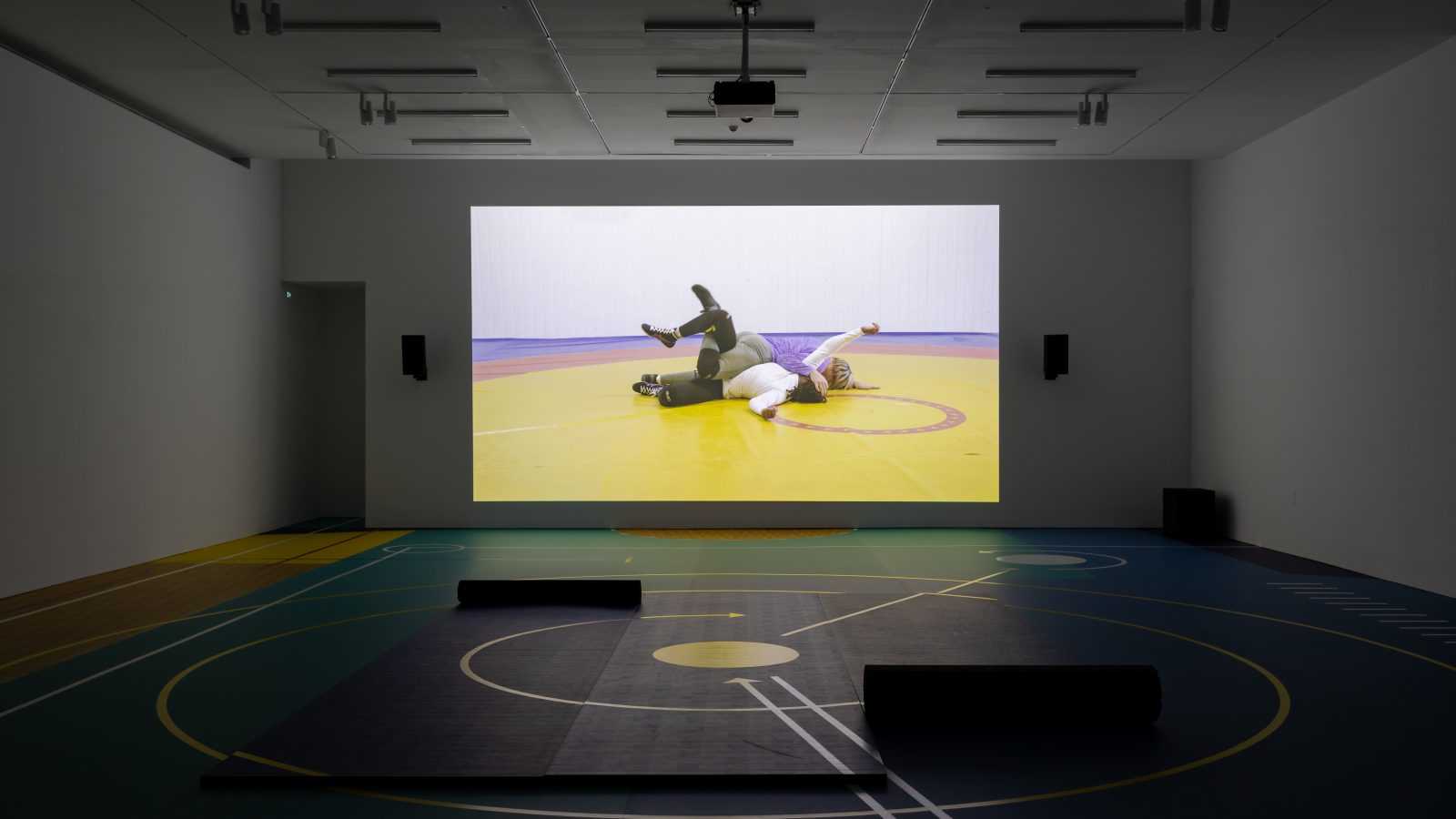 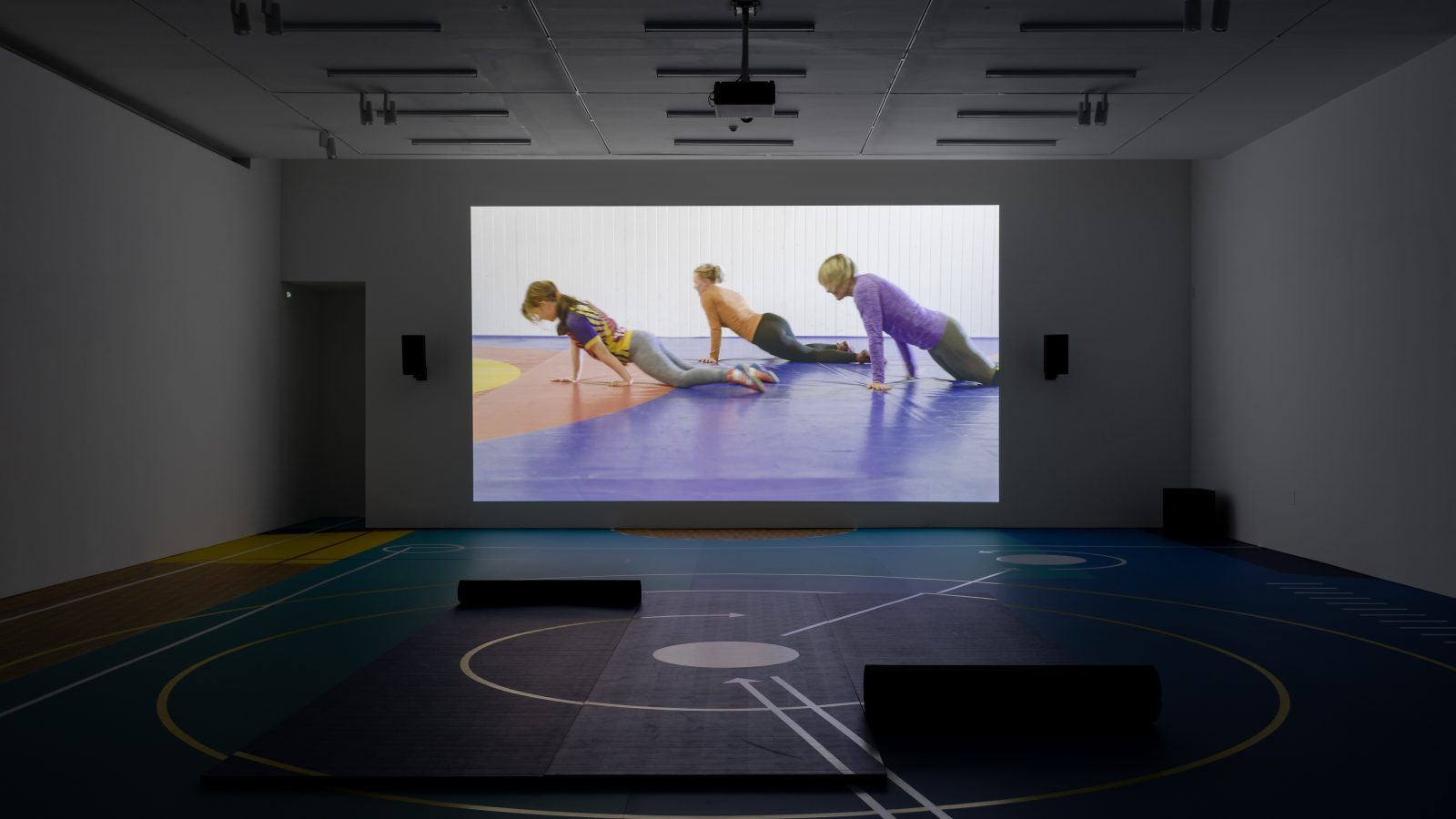 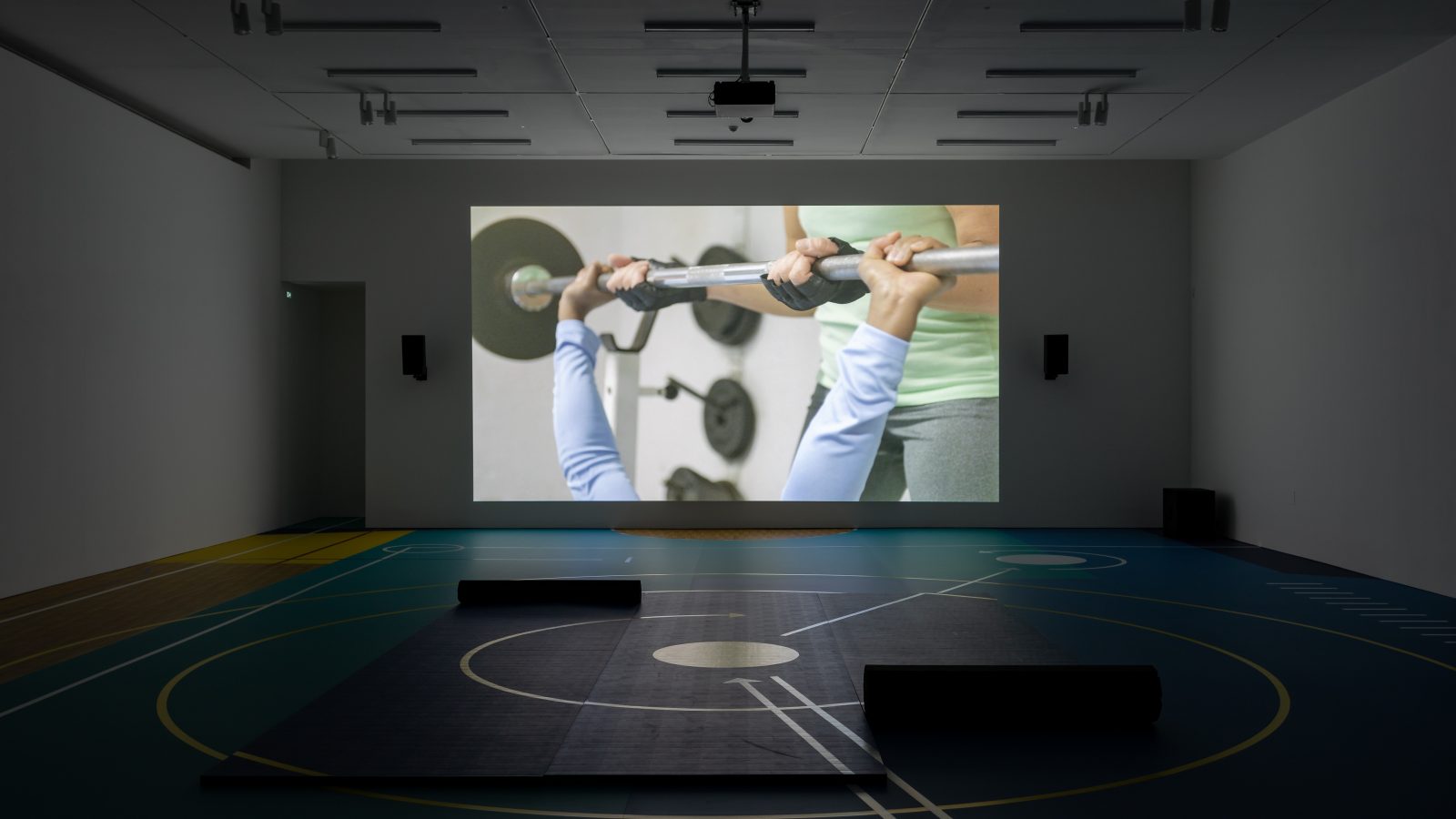 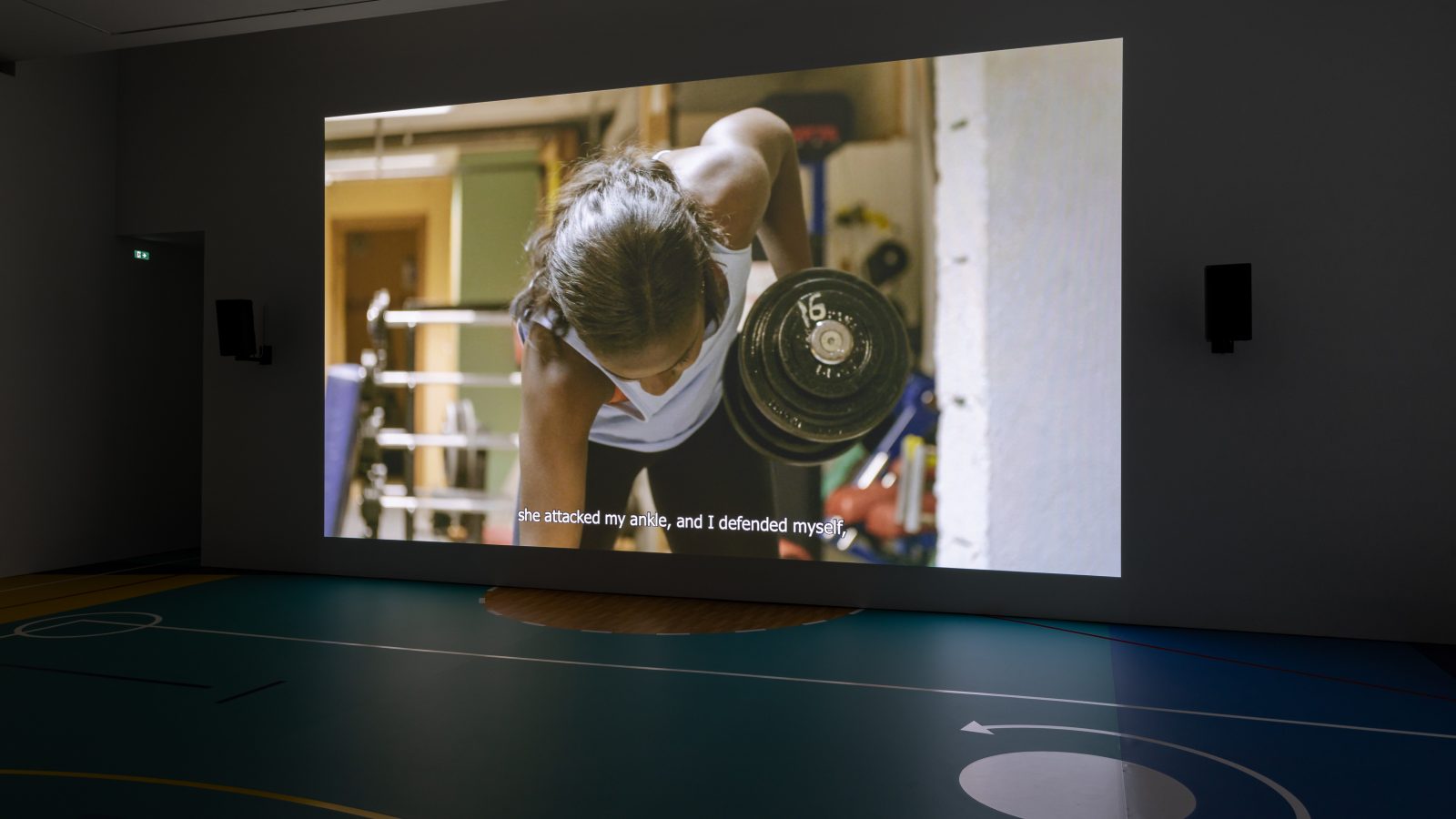 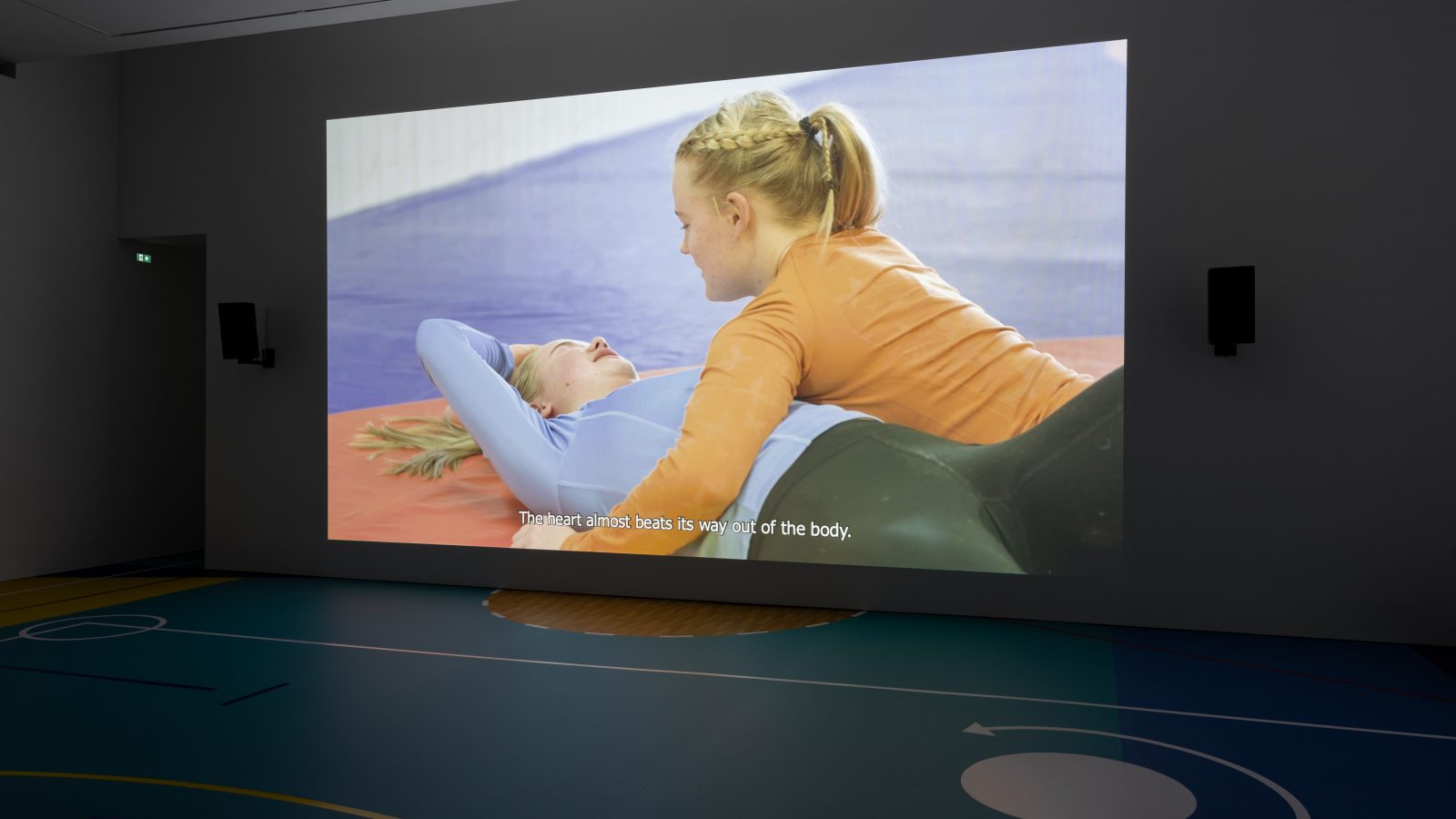 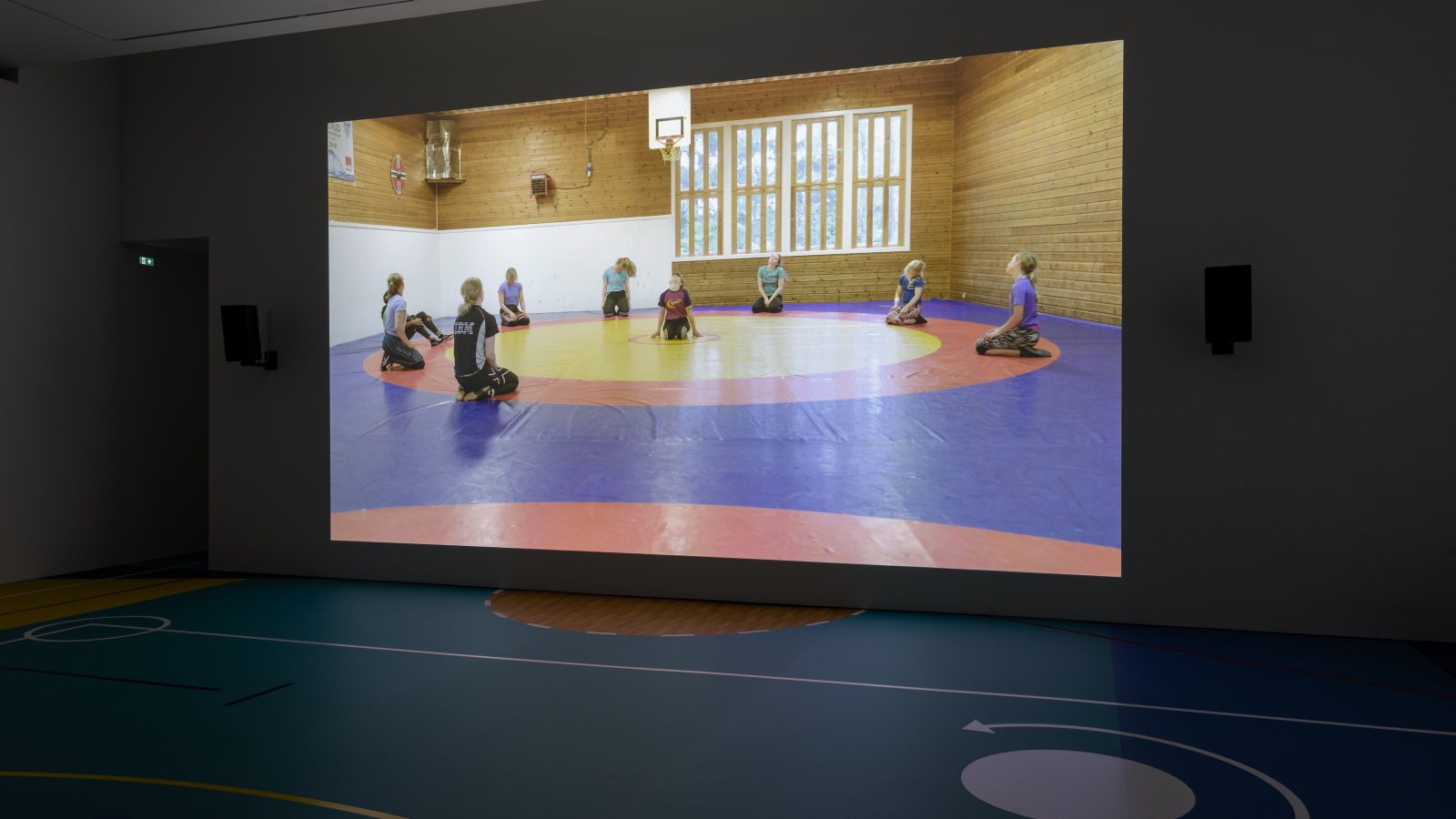 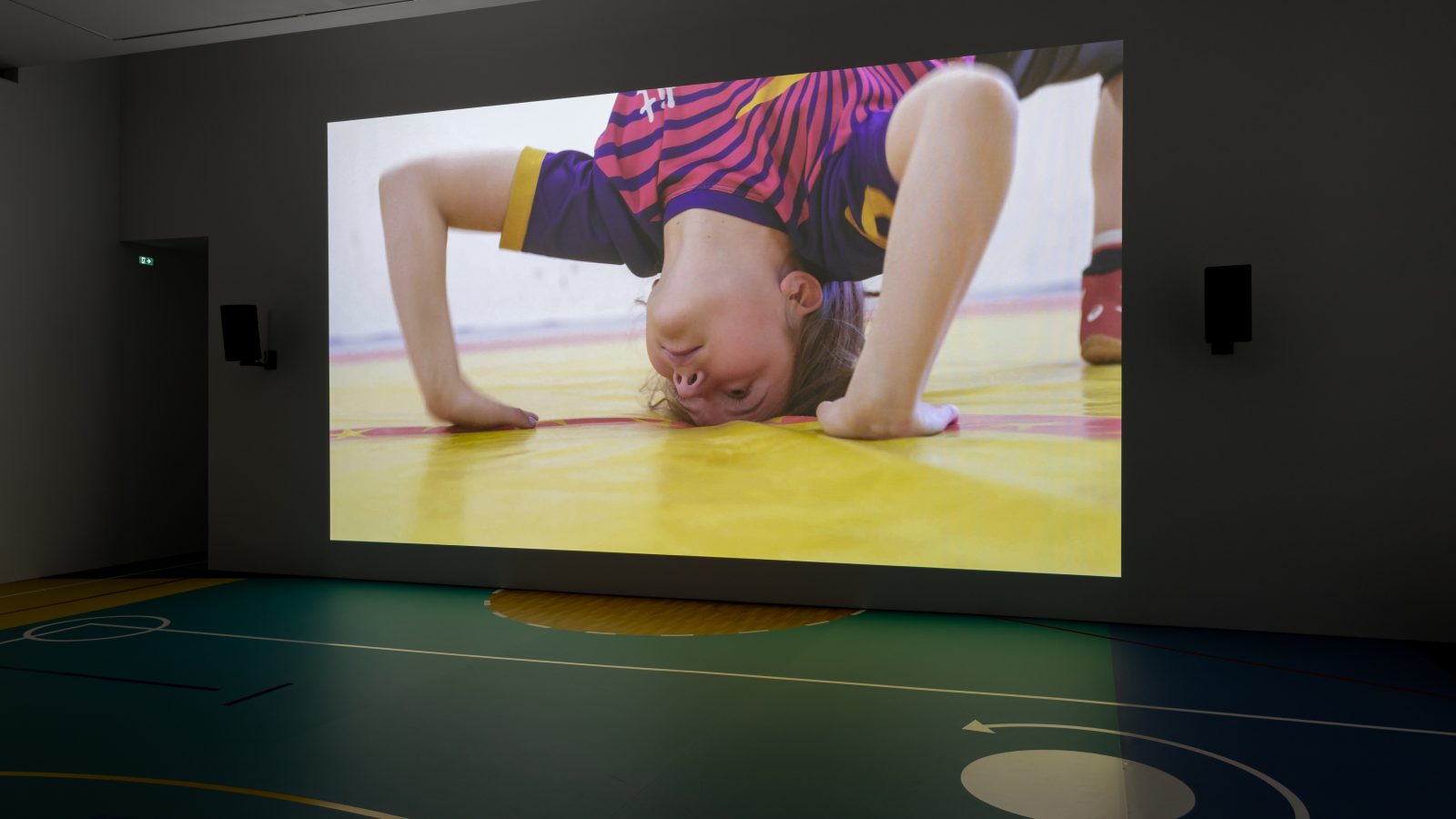 This expansive sound work considers the limits of stamina, rest and physical and mental exhaustion. The soundscape samples field recordings, collected over the last two years during Davies’ recovery from a knee ligament rupture she sustained whilst playing for a community basketball team. The soundscape automation references Davies’ personal struggles during her two-year rehabilitation, following her repetitive physiotherapy routine pre and post-surgery, re-learning to walk, sprint, pivot and block. It uses her personal data collected from mental health support staff as a score to map her internal journey through recovery. All samples were gathered from gyms, hospitals, domestic spaces, archives, and in the studio.

Listen to the soundscape here

This body of work began during an international residency programme at Praksis and has been supported by The Arts Council, Jerwood Arts, PRS Foundation, OCA Norway, Dana Høegh and Gerflor. 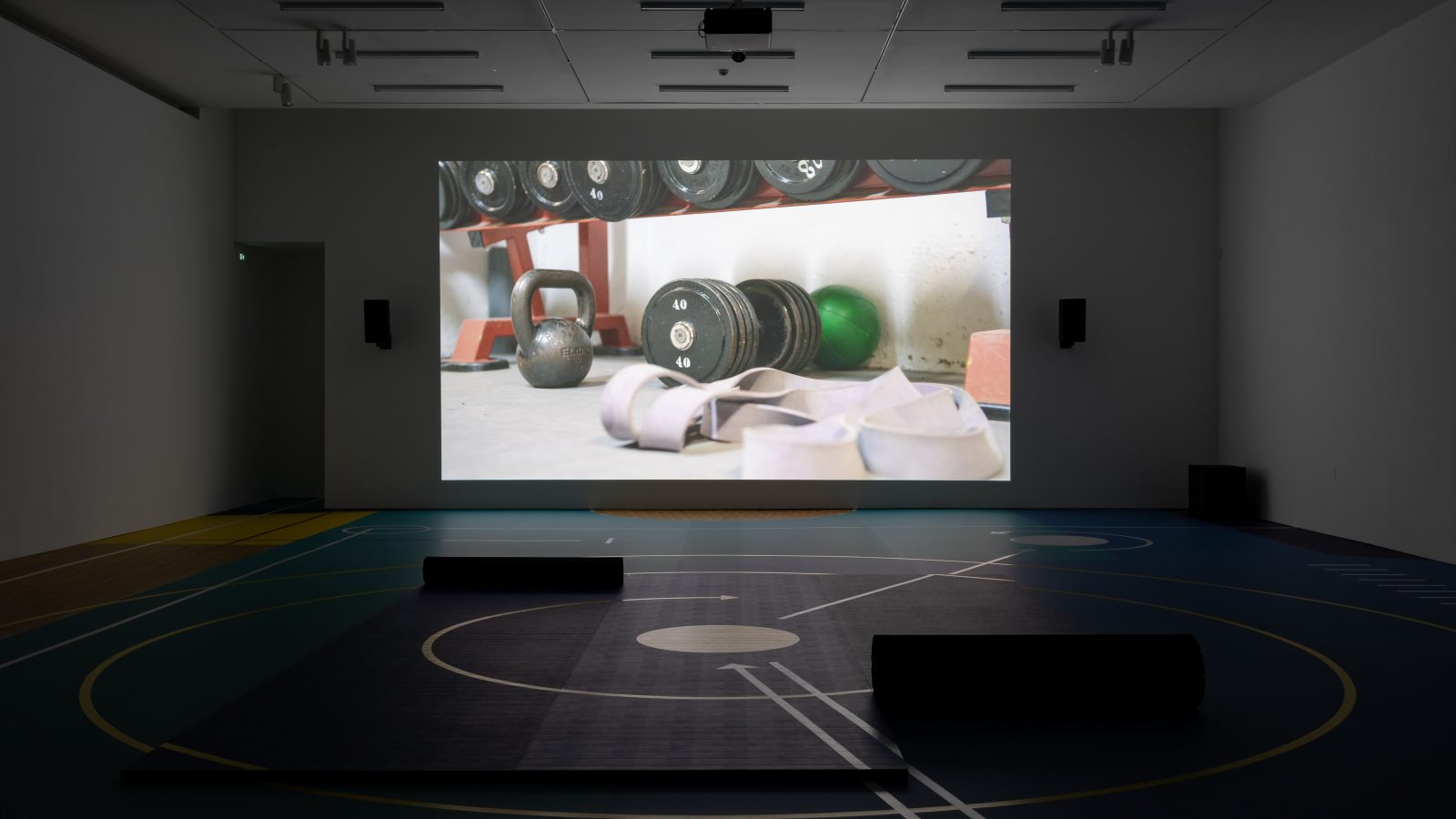 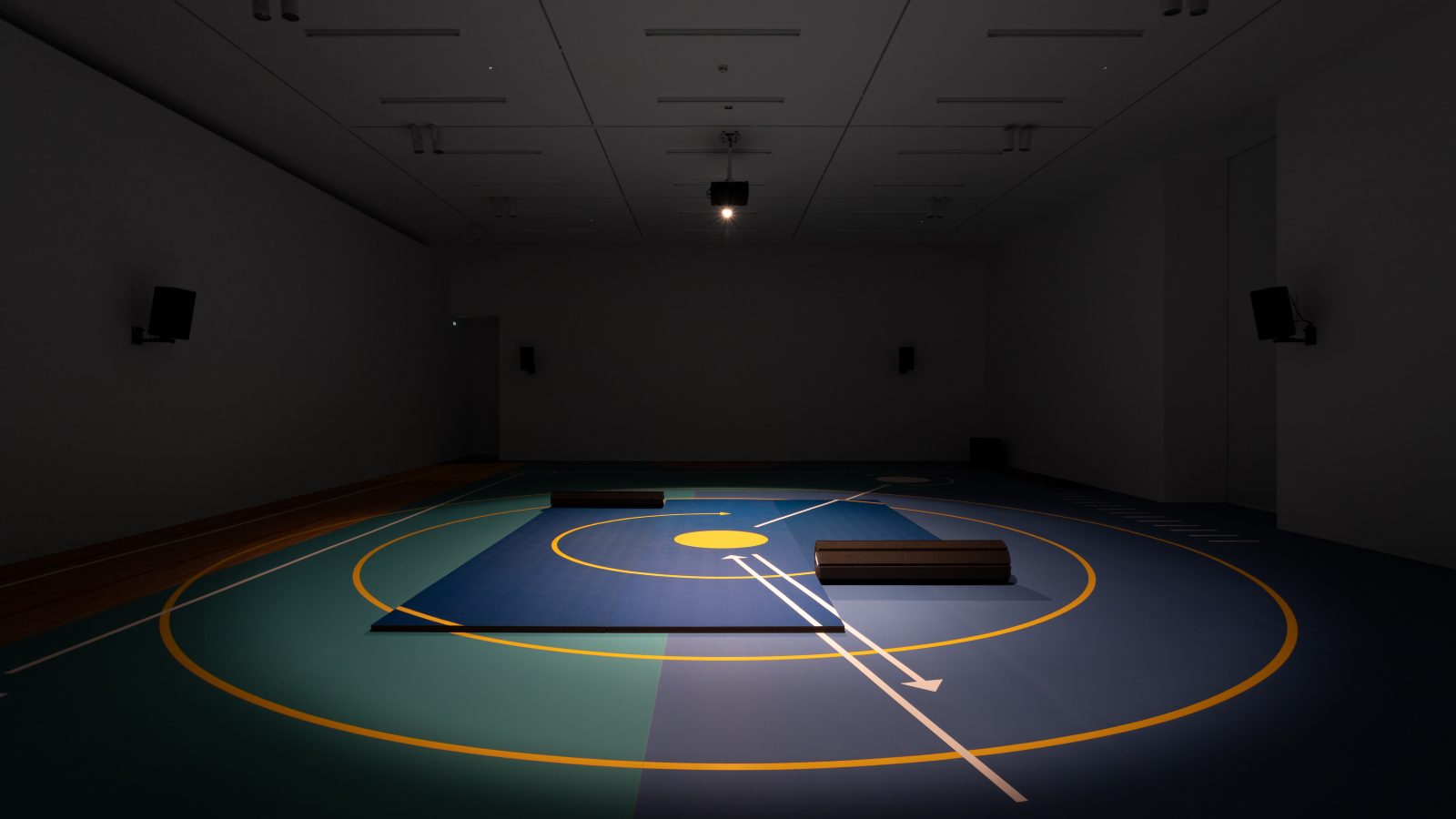 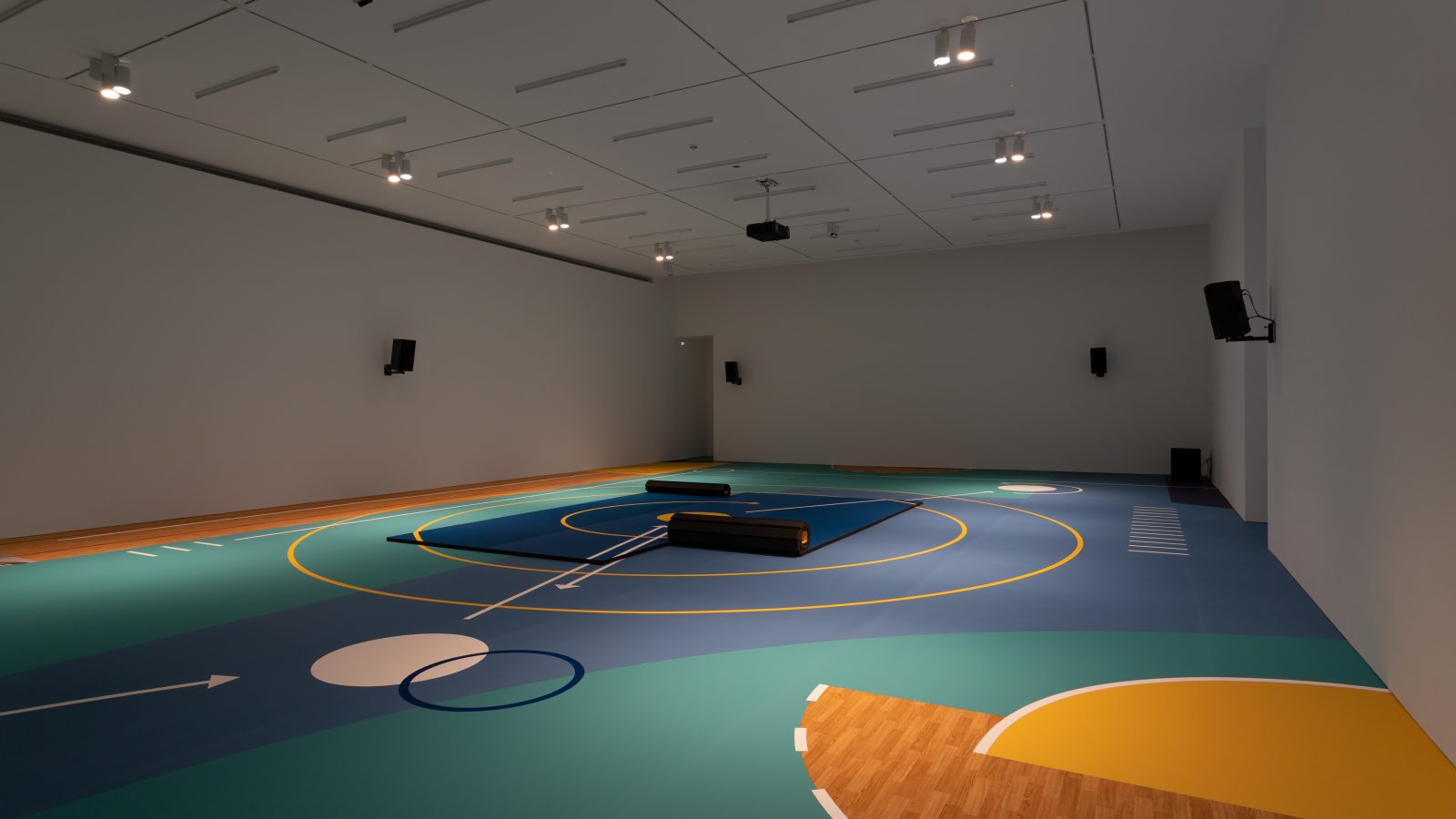 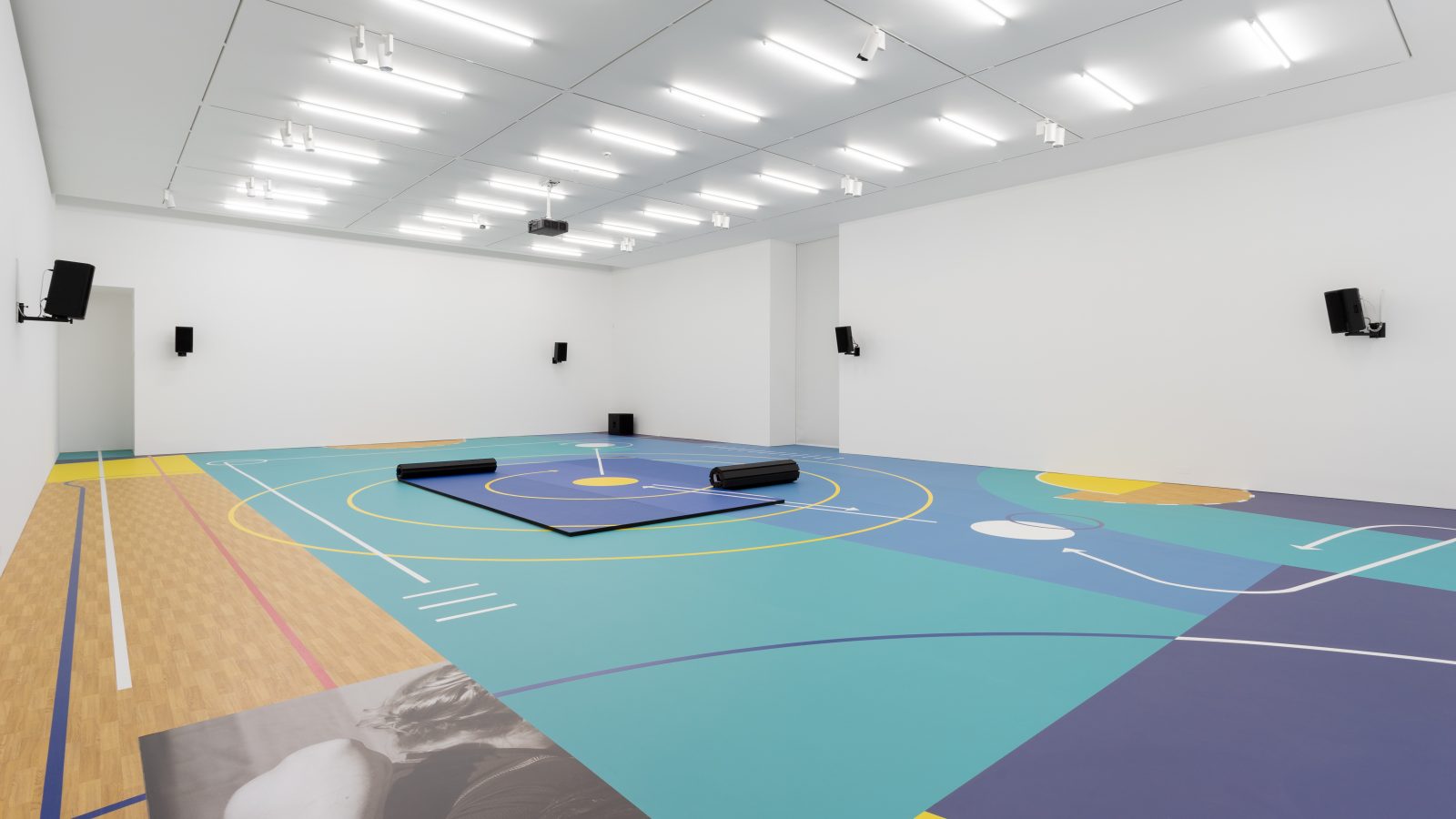 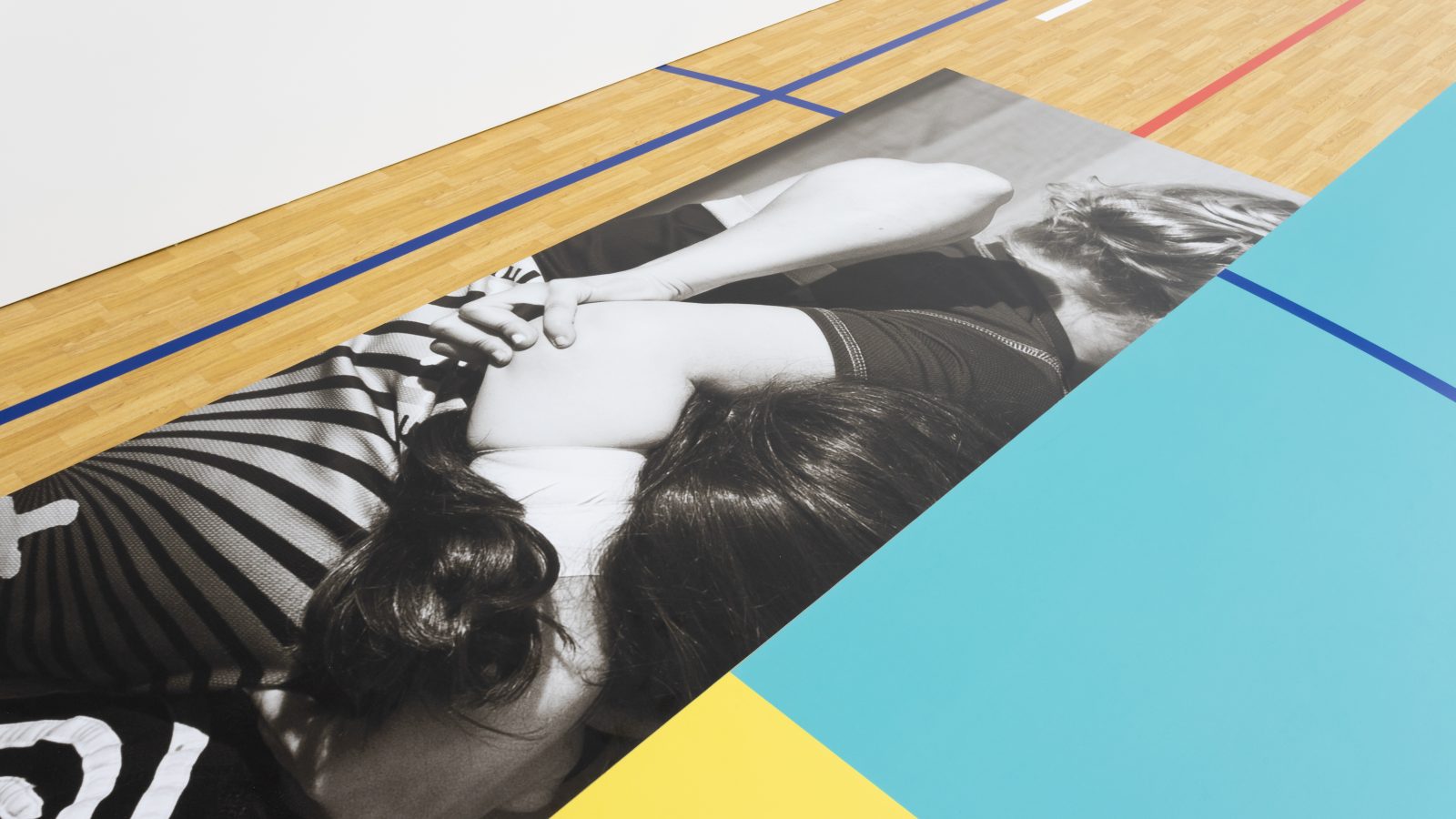 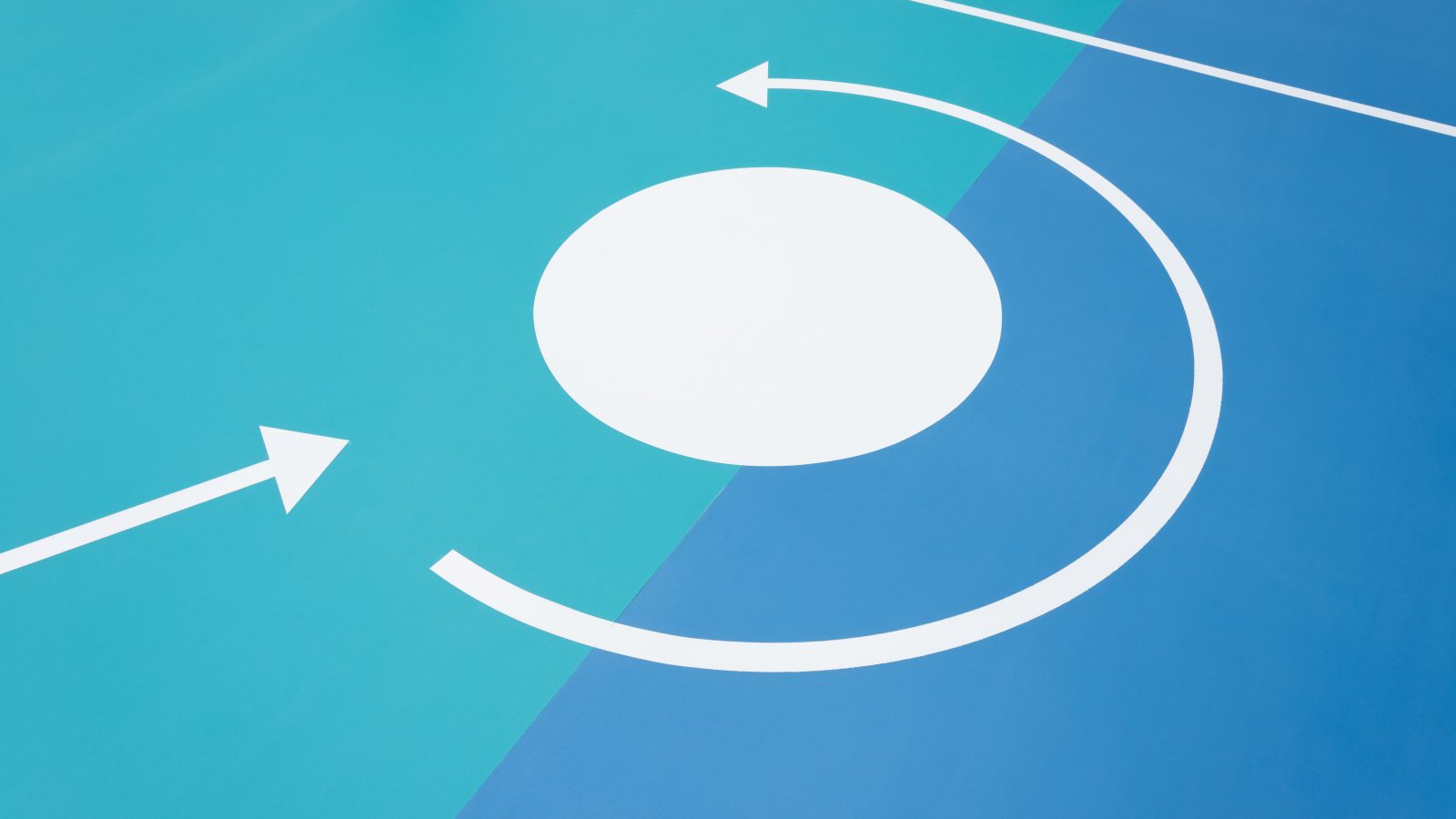 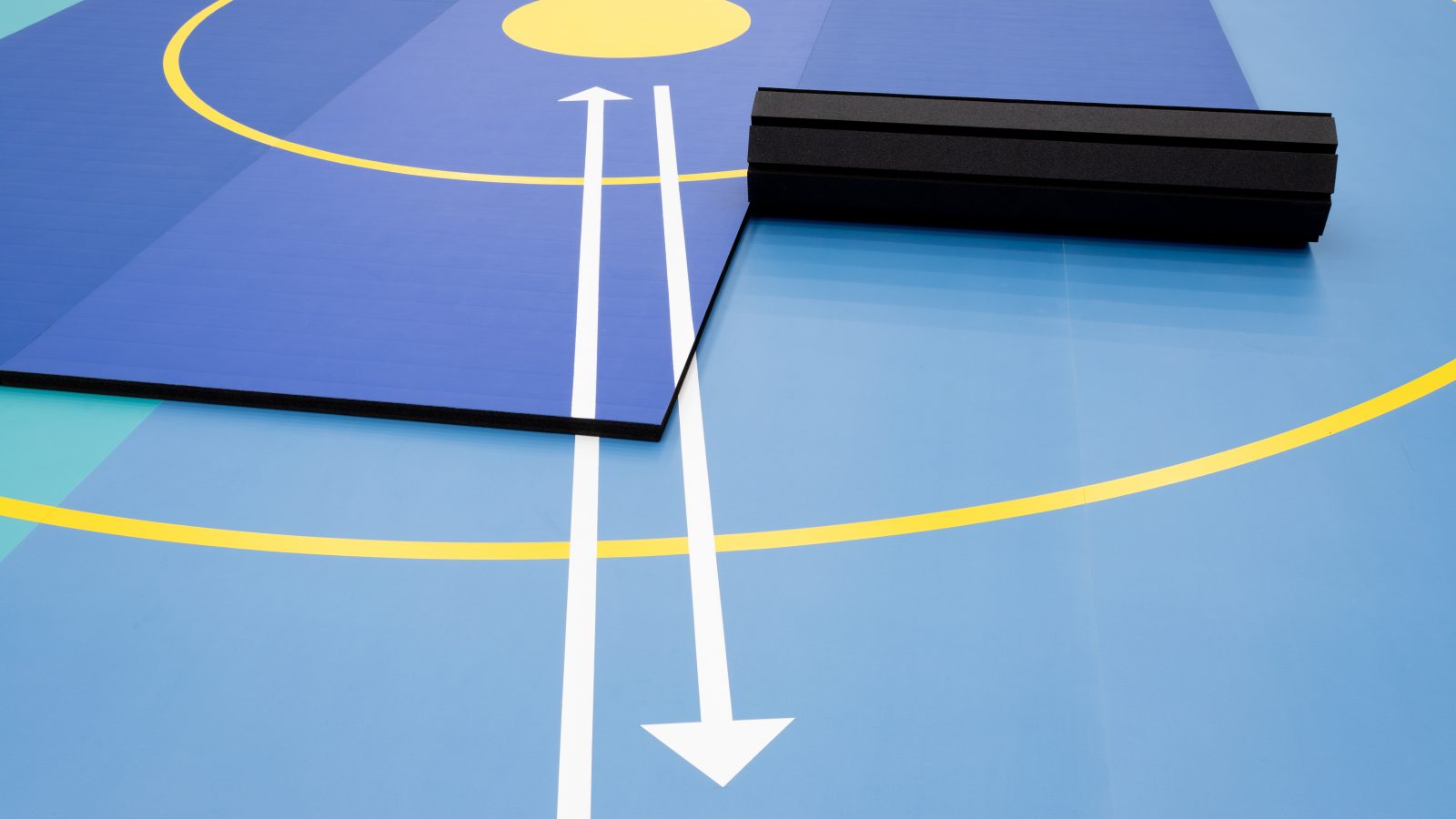 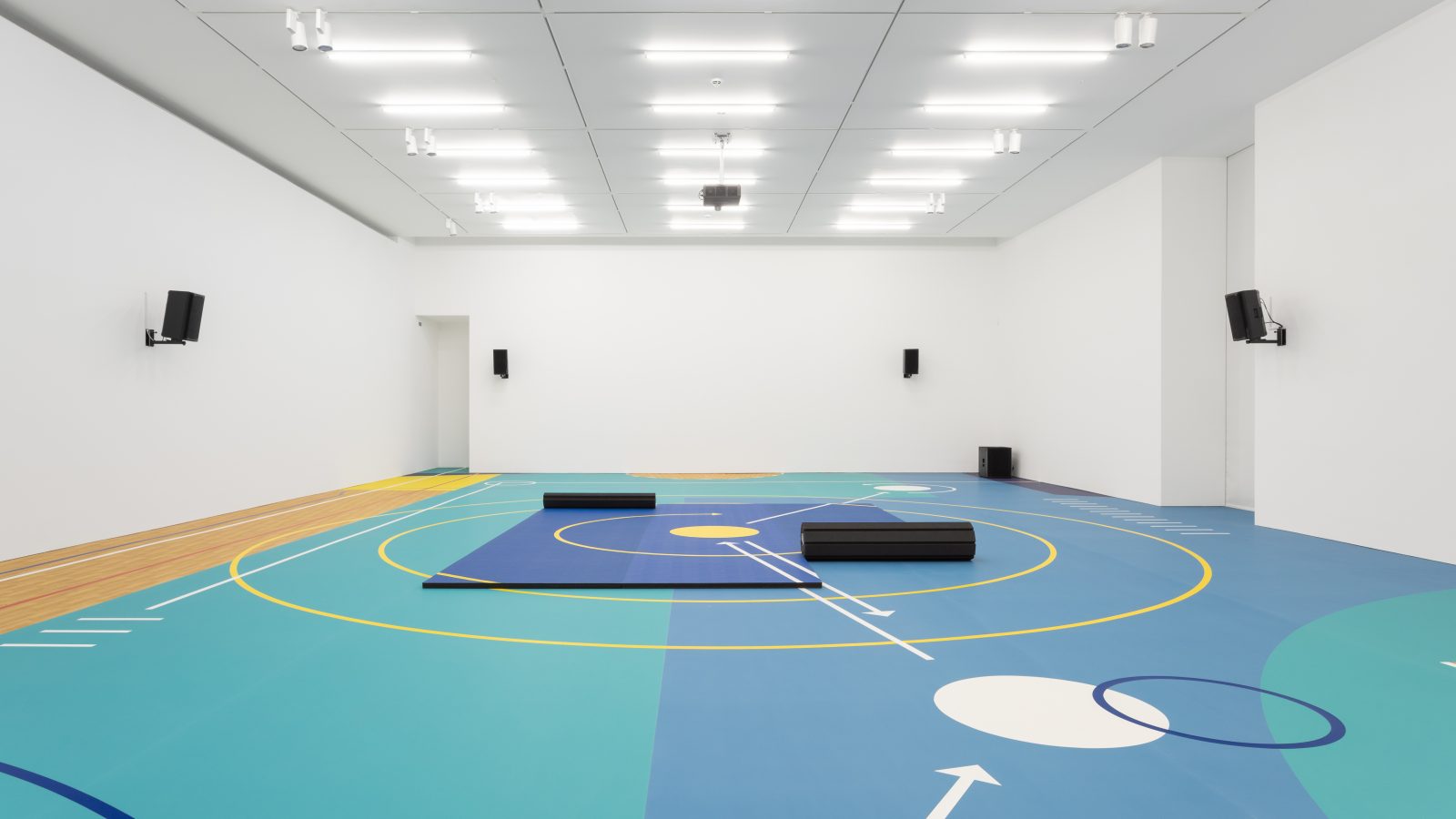 Phoebe Davies is a Welsh artist and researcher based at Somerset House Studios, London. Her practice investigates how people perceive their social framework, often working with and in response to individuals and communities, generating work through collaboration, collective action and DIT (Do It Together) strategies.

Her outcomes are often project dependent, including constructed social spaces, live performances, video, audio and print works. Through her work Davies often finds herself referencing and exploring collaborative models of working across different social and cultural sectors, drawing on methodologies from feminisms, organic farming and athleticism.