Matt Stokes: In Absence of the Smoky God 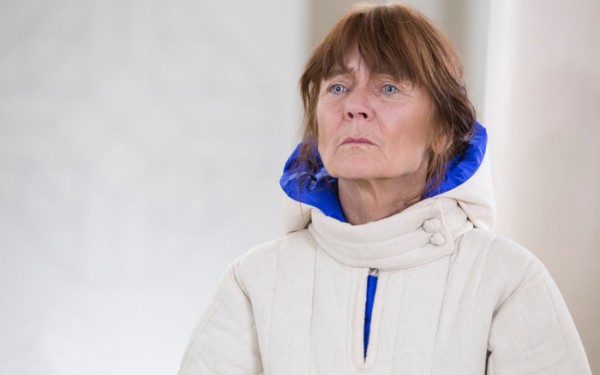 “Stokes envisages a post-nuclear Sheffield in which two factions of survivors, their ability to communicate affected by radiation sickness, fight it out in a desperate vocal cacophony.” The Guardian Guide

In Absence of the Smoky God  by Matt Stokes is a major new commission inspired by hidden Sheffield locations, sci-fi literature and Barry Hines’ 1984 BBC TV production Threads, which portrayed a fictional cold-war nuclear attack on Britain. 30 years after its original broadcast, the artist envisions the impact of such an event on the human body, and its social and cultural consequences.

Working in collaboration with composer Ben Gaunt and a cast of 10 Sheffield-based vocalists, Matt has constructed a vision of a transformed post-apocalyptic society in which archaic customs and systems prevail. In the two-screen video and audio installation, Matt explores the possibilities of communication. He creates a new two-tier language spoken by two different societies;  one living in a lamp-lit underworld, the other above ground. Heard together the two different groups produce conflicting vocal sounds, which as the work progresses, move closer to each other, from disharmony to harmony, eventually attempting to achieve union.

The gallery houses a selection of printed materials from Barry Hines’ archive, which are on loan from the University of Sheffield Library. Elements include papers and images relating to the filming of Threads 30 years ago, scripts and manuscripts annotated by Barry Hines and the original BBC press release from the televised broadcast. Letters and press cuttings following the broadcast on 23 September 1984 give insight into the reaction to Threads, and the social and political interest in the imagined aftermath of nuclear attack.

In Absence of the Smoky God  has been jointly commissioned by Site Gallery and Sensoria as part of Sensoria 2014, the UK’s festival of music/film/digital, 27 September – 5 October.

About the artist:
Matt Stokes is based in Blaydon-on-Tyne. Recent solo-shows include Grundy Art Gallery (UK), Kunsthalle Fridericianum (Germany), De Hallen Haarlem (Netherlands), CAAC (Spain), BALTIC Centre for Contemporary Art (UK) and Arthouse (USA). His practice stems from inquiries into events and beliefs that shape people’s lives and identities. Music – its history, subcultures and socio-political effects – often provides the catalyst for researching and forming collaborative relationships with communities. These collaborations develop into films, installations and events, which build upon collective knowledge and skills.

Photographs of the exhibition: 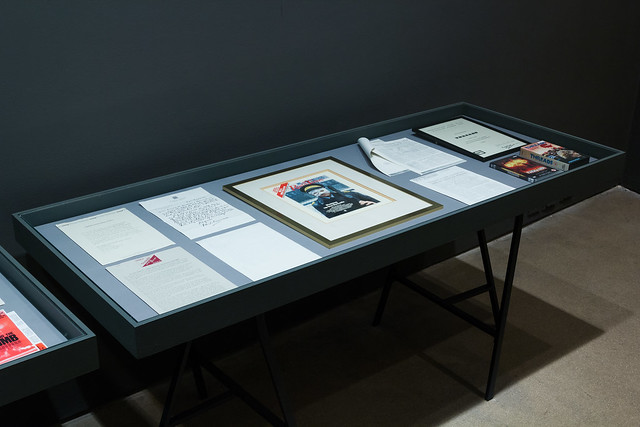 An interview with Matt Stokes filmed during the installation of In Absence of the Smoky God:

The artist secured funding for this commission from Grants for the Arts, Arts Council England’s Lottery-funded grant programme for individuals, arts organisations and other people who use the arts in their work.