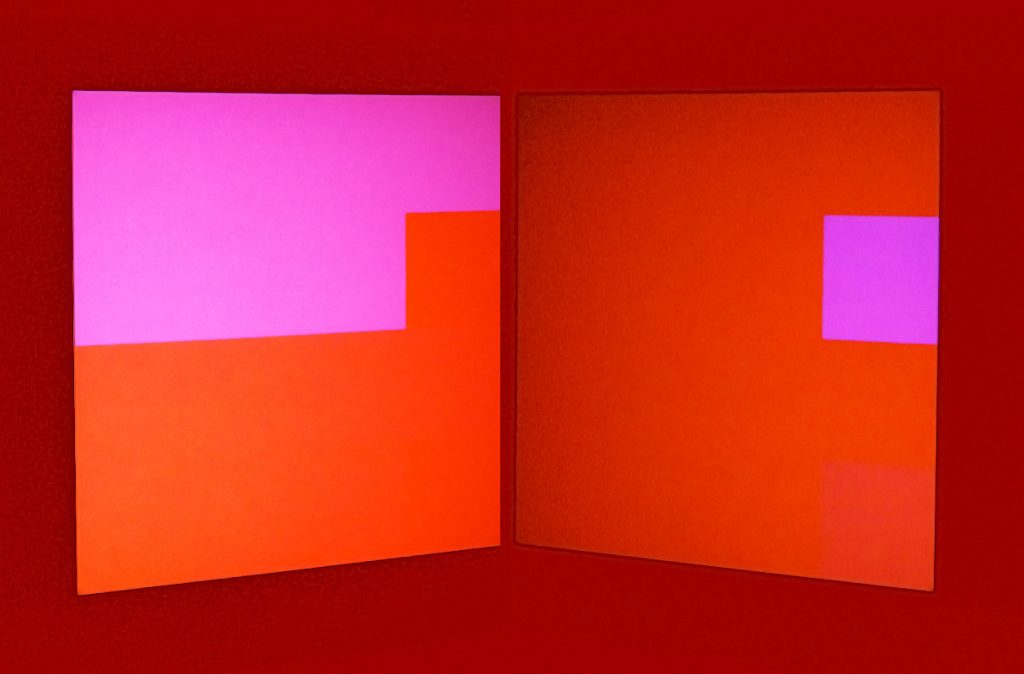 Preview: Friday 16 November 6 – 8pm, followed by a performance with Mark Fell from 8pm

A pioneer of computer generated art in the 1960s, and now creating generative sculptural light installations, Edmonds’ work references minimalist constructivism alongside a life-long interest in chance and change.  Exploring how new technologies produce new relations between artists, audiences and things, Light Logic marks the first UK solo exhibition of the artist for a decade.  Edmonds currently lives between Sydney, Australia and Hathersage, Derbyshire and has exhibited widely throughout the world.

This exhibition and conversation has been supported by The Henry Moore Foundation and De Montfort University. Ernest Edmonds has received support from the Computer Art Society and through Arts Council England’s Grants for the Arts.