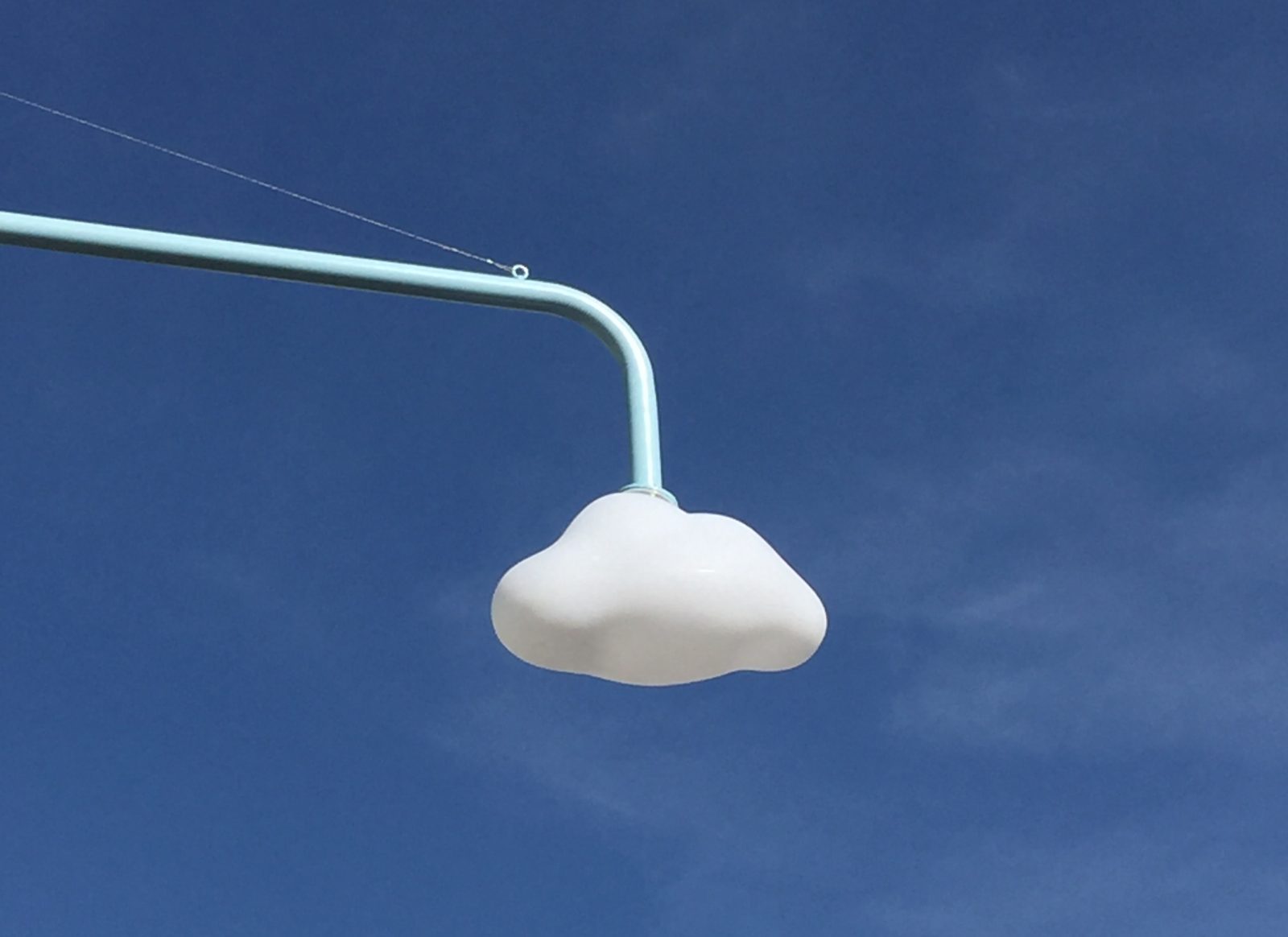 This first City of Ideas urban realm commission is a series of artworks enacted in the public realm of Sheffield’s Cultural Industries Quarter. The Busan Exchange brings together three of South Korea’s leading artists to produce new works which investigate forgotten or overlooked spaces in the city.

Artist Kay 2 has turned to the emoji as a universal language that traverses culture, age and mother tongue. Here he combines the language of emoji and international sign language to create a welcome message to visitors from the moment they arrive in Sheffield.

Kay 2, born and living in Busan, has been working with graffiti-style painting and making outdoor street works since 2005. With a background in fine art painting, Kay 2 works with spray paint to depict subjects that connect to the particular context of the space, and using the original surface textures of the walls he works on. His work has wry humour and provides a visual commentary to contemporary life. Kay 2 is currently the director of alternative cultural group Funny Revenge, and in this role runs an international residency exchange programme for street artists.

Using the materials of the street, scaffolding, Hyeong-Seob Cho has produced a platform, which invites the public to step up and look at the city from a new vantage point. Marking a point of change in the city as Brown Street and Paternoster Row prepare for a make-over and the square itself will be re-developed, this rather unassuming site becomes an unlikely site of interest.

Hyeong-Seob Cho was born in Busan, and lives and works in Gyeonggi and Busan. He is a graduate of the Bauhaus- University in Weimar, Germany and has exhibited widely in Korea, China and Germany. Cho works with found objects and large installation pieces. His work, through deconstruction and distortion, makes the familiar seem strange, extracting motifs and symbols from daily life and framing them in new ways. This way, he aims to make the viewer feel distant from what they know and give them a new perspective on the role of everyday objects. His work for the Busan Biennale 2016 repurposed signage and advertising boards that would have been prevalent in 1970s Korea. Currently, Hyeong-Seob Cho directs, Cross & Connect, an international residency program in Busan.

Cloud Lamp and House in a wall
Location: Grinders Hill

Subin Heo will make us look twice with a whimsical light installation on Grinders Hill. Despite regular re-painting, Grinders Hill is a site of abundant local graffiti tagging. The narrow ginnel on a steep hill is another often overlooked and underwhelming site in the city. Cloud Lamp merges natural imagery with electrical light playfully lighting up a narrow alley that might feel dark and threatening at night. House in a Wall on the other hand eerily creeks open, suggestive of a ghostly presence.

Subin Heo was born in Busan and graduated with a degree in western painting at the Painting Department of Chugye University for the Arts in Korea, and also attended the Hochschule der Bildenden Künste Saar in Germany to study mixed media. Heo has been working with light since the early 2000s, inspired by contemporary situations and emotions. His focus is on exploration of light as a material, which he expresses through sculptures, installations and photographic light boxes. Since his solo exhibition Aurora in 2014, he has been creating major immersive installations, making space for the audience to have a total experience. Currently, with his interest in the role of art and alternative education, Heo has been running an art education program for children called Meeting of Science and Art.