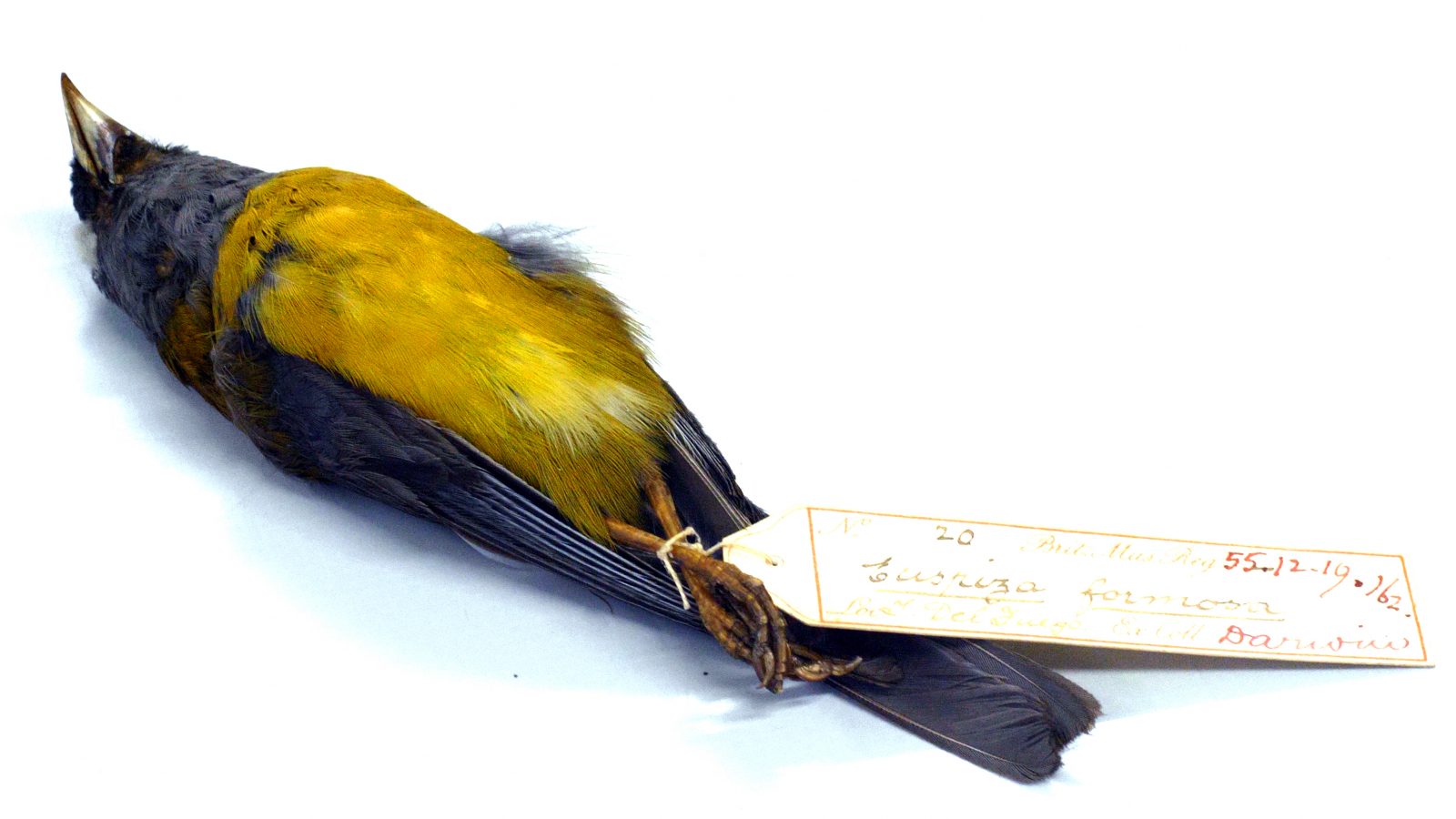 Commissioned by Arts Catalyst, this exhibition forms the first part of an ambitious new body of film-based works that attempt to address this complex history of classification and segregation.

Genetic Automata by Larry Achiampong and David Blandy forms the first part of an ambitious new body of works exploring race and identity in an age of avatars, video games, and DNA Ancestry testing.

A video installation – A Terrible Fiction – references the history of the theory of evolution, and the relationship between Darwin and his taxidermy teacher John Edmonstone, a freed slave. The work combines animation, spoken word and text interspersed with microscopic topographies of varied shades of skin, digital renditions of skin from video games and film footage of bird life from Darwin’s bird skin collection at the Natural History Museum.

As part of the installation, the artists have invited London-based illustrator, muralist and animator Wumi ‘Wumzum’ Olaosebikan to create a mural responding to the themes and ideas addressed in Genetic Automata.

ABOUT THE ARTISTS
Larry Achiampong (b.1984) is a British-Ghanaian artist whose solo and collaborative projects employ imagery, aural and visual archives, live performance and sound to explore ideas surrounding class, cross-cultural and post-digital identity. These investigations examine constructions of ‘the self’ by splicing the audible and visual materials of personal and interpersonal archives, offering multiple perspectives that reveal entrenched socio-political contradictions in contemporary society. Achiampong has exhibited, performed and presented projects within the UK and abroad including Tate Britain/Modern, London; The Institute For Creative Arts, Cape Town; The British Film Institute, London; David Roberts Art Foundation, London; Kunsthal Charlottenborg, Copenhagen; Bokoor African Popular Music Archives Foundation, Accra; Logan Center Exhibitions, Chicago; Prospect New Orleans, New Orleans; Diaspora Pavilion – 57th Venice Biennale, Venice; and Somerset House, London.
David Blandy (b. 1976) is a British artist who has established his working practices through a series of investigations into the cultural forces that inform and influence him, ranging from his love of hip hop and soul, to computer games and manga. His works slip between performance and video, reality and construct, using references sampled from the wide, disparate sources that provide his (and our own) individualist sense of self. He has exhibited at institutions nationally and worldwide including Tate Modern, London, UK; Bloomberg Space, London, UK; The Exchange, Newlyn Art Gallery, UK; Kiasma Contemporary Art Museum, Helsinki, Finland; The Baltic, Gateshead; Turner Contemporary, Margate; Spike Island, Bristol; Künstlerhaus Stuttgart, Germany; MoMA PS1, New York, and Museum of Contemporary Art, Shanghai, China. He is currently working on a New Geographies Commission for Focal Point Gallery in Southend-on-Sea.
In Larry Achiampong and David Blandy’s collaborative practice, they share an interest in popular culture and the post-colonial position. They examine communal and personal heritage, using performance to investigate the self as a fiction, devising alter egos to point at their divided selves. They have recently been shortlisted for the Film London Jarman Award for their collaborative work.
Genetic Automata is supported by the Elephant Trust and Arts Council England